A year ago Google introduced a project to weave smart components into fabric to create clothing that you can use to interact with your gadgets. Now Levi’s has announced the first commercial product based on Google’s Project Jacquard technology.

It’s a denim jacket designed specifically with cyclists in mind, allowing you to touch the sleeve of the jacket itself to control music, phone calls, maps, or other applications.

The Levi’s Jacquard jacket will be available for purchase in spring of 2017. But beta testers will be able to get one starting this fall. 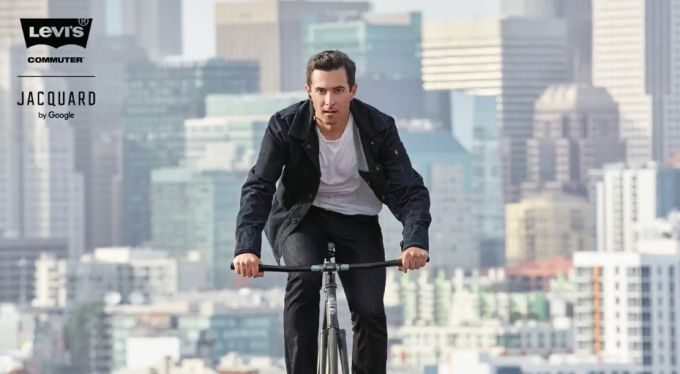 Google demonstrated an early prototype at the Google I/O developer conference by showing how you can do things like swipe your hand over the edge of the sleeve to change songs in a music player or pause the music, get updates from Google Now, or perform other actions.

The jacket interacts with your phone via Bluetooth, but you can safely through the Jacquard jacket in a washing machine without damaging the touch-sensitive fabric — but only after you remove the detachable Jacquard tag which has a battery and other electronics components.

While Levi’s is the first company preparing to launch an article of clothing based on Jacquard technology, Google says the platform is available for any clothing company.