Both will be available with Intel Comet Lake processors starting in September, 2019. 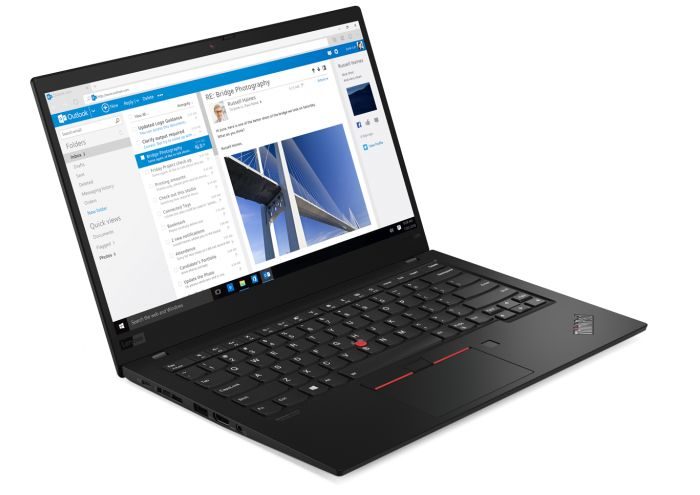 While the big news is the move to 10th-gen Intel Core chips, Lenovo is also refreshing the design of its ThinkPad X1 Carbon laptop, giving the already thin-and-light laptop an even thinner and lighter design.

The notebook also has slim bezels around the screen, which means that the 14 inch IPS LCD display fits into a laptop the size of a 13.3 inch model.

Lenovo will offer the laptop with up to an Intel Core i7-10710U hexa-core processor, up to 16GB of RAM, and up to 2TB of PCIe solid state storage.

There’s optional support for 4G LTE, and Lenovo will offer display models ranging from a 300-nit, 1080p display to a 500-not 4K HDR display.

Prices are expected to start at $1479 when the 7th-gen Lenovo ThinkPad X1 Carbon goes on sale in September.

The new Lenovo ThinkPad X1 Yoga, which was first unveiled at CES in January, is the first ThinkPad to feature an aluminum chassis.

Like the X1 Carbon, this notebook features a 14 inch display and a svelte design, but it’s a tad heavier, measuring 0.6 inches thick and weighing about 3.1 pounds. But unlike the X1 Carbon, the X1 Yoga has a 360-degree hinge that allows you to use the notebook in tablet, tent, or stand modes. It also comes with a pressure-sensitive ThinkPad Pen Pro

It has the same port selection as the X1 Carbon, but the convertible model will have a higher starting price of $1609 when it launches in September.