Lenovo’s planning to launch several new laptops and refresh a few other models this fall, if leaked product listings at a Polish store are anything to go by. We should know more about pricing and availability in a few days: Lenovo is holding a press event ahead of the IFA trade show on August 31st. 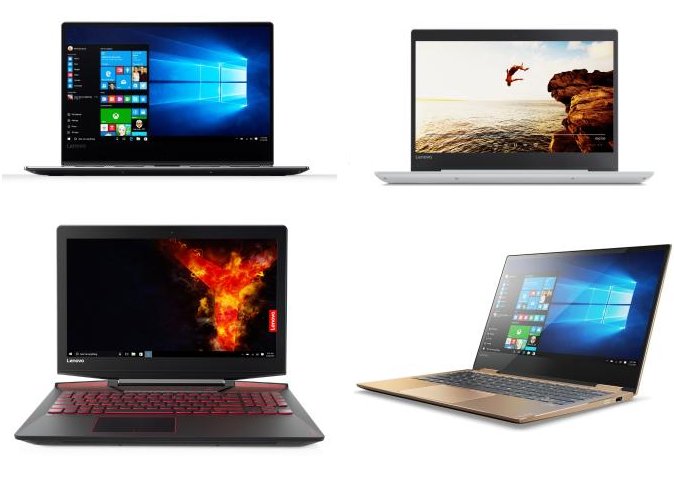 The new computers will be available with a choice of Intel Core i5-8250U or Core i7-8550U quad-core processors. These are the new “Kaby Lake Refresh” chips that Intel unveiled recently.

Here are some of the new/updated laptops I was able to find so far:

We got out first glimpse at this laptop in July, thanks to an FCC listing, back when we though Intel’s 8th-gen laptop chips would be part of the “Coffee Lake” family.

Now we have some more details about this high-end convertible notebook, along with a few pictures.

The laptop features a 13.9 inch display and a 360-degree hinge that allows you to switch from laptop to tablet mode by pushing the screen back.

The convertible laptop measures about 0.6 inches thick and weighs about 3 pounds. The notebook also has very slim top and side bezels, and seems to be a follow-up to the similar looking Yoga 910.

This is a lower cost model without the watchband-style hinge found on the Yoga 920, and with no 4K display or 512GB SSD options that I can find so far.

The notebook will be available with Core i5 or Core i7 processors, but both versions feature 1920 x 1080 pixel displays, 8GB of RAM, and 256GB of solid state storage.

The new model might be a bit slower in some tasks, but from what I’ve seen, Intel’s 8th-gen Core U-series 15 watt chips come surprisingly close to the company’s 45 watt 7th-gen Core HQ-series chips in benchmarks. The upside of switching to the lower-power chips is the potential for longer battery life.

Lenovo seems to have at least two configuration options for this new Legion Y720:

Weighing in at 7 pounds, this isn’t exactly a compact notebook. But it’s noteworthy if for no other reason than that it’ll be more energy efficient than its predecessors.

As I mentioned earlier this week, Lenovo has a New Idepad 320S laptop that appears to have a Kaby Lake-R chip and a previously unannounced NVIDIA GeForce 1040 GPU.

But it turns out there are a bunch of different IdeaPad 320S models, including: