Lenovo appears to be joining virtually every other consumer electronics company in the wearable space. An unannounced device called the Lenovo Smartband SW-B100 showed up at the Bluetooth SIG website recently, where it’s described as an activity tracker (so don’t expect a full-fledged smartwatch just yet).

Meanwhile, the company appears to have a whole group of new tablets on the way, according to Indonesian regulatory site Postel.

Most recently a new model called the Yoga Tablet 2 Pro arrived. It’s not clear if Pro means this will be a Windows tablet rather than an Android device, or if it will instead have premium or enterprise features such as a high-resolution display or fingerprint sensor.

Lenovo also offers convertible Windows devices under the Yoga brand, but it usually doesn’t put “tablet in the name. For instance, there appears to be a new model on the way called the Lenovo Yoga 3 Pro, and it’s likely that will be a Windows model with a built-in keyboard.

As for the Smartband, Lenovo’s activity tracker features an optical heart rate monitor and Bluetooth 4.0 support for synchronizing data with a smartphone or other device.

It’s not the only wearable device Lenovo is working on. The company also recently unveiled a Smart Glass prototype which could be Lenovo’s answer to Google Glass.

I suspect we’ll hear a lot more about some of these devices once the IFA trade show in Berlin starts in early September. 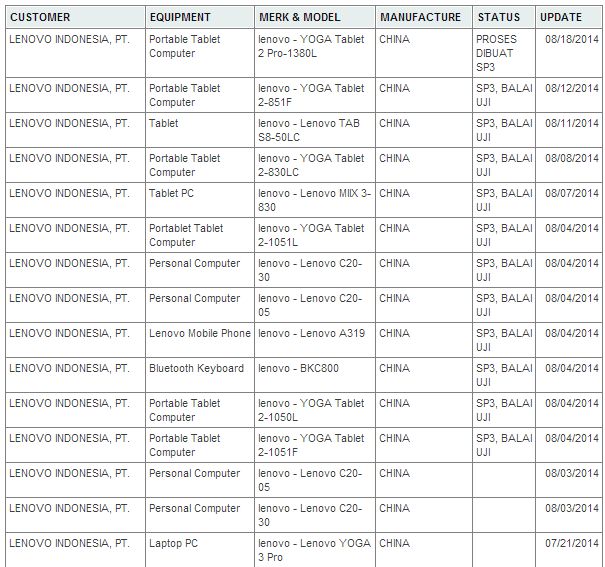