Lenovo already offers a line of smart displays that are basically the company’s answer to Amazon’s Echo Show or Google’s Nest Hub. Now Lenovo is going after the Amazon Echo Spot.

The Lenovo Smart Clock is a small device with a 4 inch touchscreen display, a speaker, and a microphone. It’s basically a Google Assistant-powered alarm clock — and with an $80 price tag, it’s about $50 cheaper than Amazon’s smallest smart display.

Lenovo first unveiled the Smart Clock at CES in January, but now it’s available for purchase from Lenovo and a few other retailers. 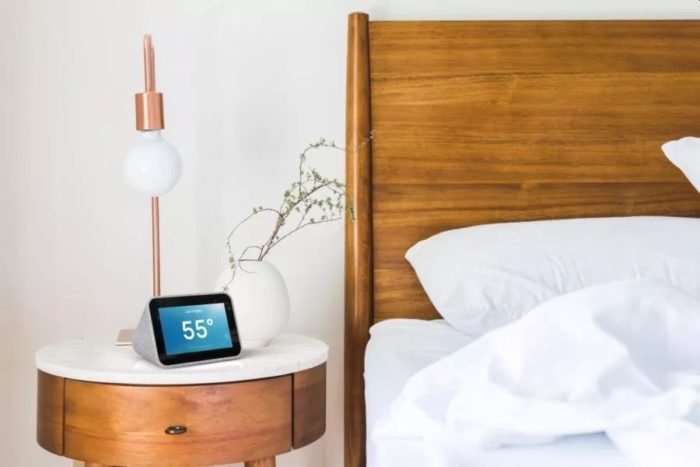 The device features a 1.5 GHz MediaTek MT817S quad-core processor, 1GB of RAM, and 8GB of storage.

The display has a resolution of 800 x 480 pixels, which is fine for a glorified alarm clock… and might even be sufficient for viewing photos, videos, or other content on a 4 inch screen that’s rarely going to be as close to your eyes as a smartphone.

Other features include a 3 watt speaker, volume and mic mute buttons, and a USB port (so you can plug in your phone or other gadgets to charge — it’s not used for data).

One feature the Lenovo Smart Clock doesn’t have? A camera. That’s probably a good move for a device that’s likely to hang out in your bedroom.