Lenovo is set to launch a 25th-anniversary ThinkPad laptop with classic design elements later this year. But a recent leak suggests that while it may have a retro look, the new ThinkPad will have the horsepower of a modern PC.

That sure make it sound like the upcoming 25th-anniversary laptop will be a version of the 14 inch laptop Lenovo introduced at the end of 2016.

ThinkPad T470 models currently sell for about $880 and up, and feture support for up to an Intel Core i7 Kaby Lake processor, up to 32GB of RAM, up to 500GB of HDD or 1TB of solid state storage, up to a 1920 x 1080 pixl IPS display with an optional touchscreen, and a chassis that measures 0.8 inches thick and which weighs about 3.5 pounds.

It’s likely that many of those features would carry over to a ThinkPad 25 edition model… but I wouldn’t be surprised to see a classic keyboard with 7 rows of raised keys. A colorful ThinkPad logo is almost certainly a given. And earlier this year Lenovo’s former chief design officer Dave Hill said the laptop would have “black rubberized coating, three TrackPoint caps, and a keyboard to die for.”

Lenovo’s only been making ThinkPad-branded laptops for about a dozen years, but that’s because the company only started using the name when it acquired IBM’s personal computer business in 2005. So the brand has a long history.

While recent models keep some classic style including a TrackPoint system with a pointing stick in the center of the keyboard and a black design (with a few red accents), Lenovo started using island-style keyboards a few years ago in a move that made the company’s laptops feel a bit more modern… but which annoyed some long-time users.

While Lenovo hasn’t released any official pictures of the upcoming computer yet, the image posted above is a concept that Lenovo’s Dave Hill shared in 2015, and a new picture uploaded to Chinese forum 51nb.com allegedly shows the logo and part of the keyboard. 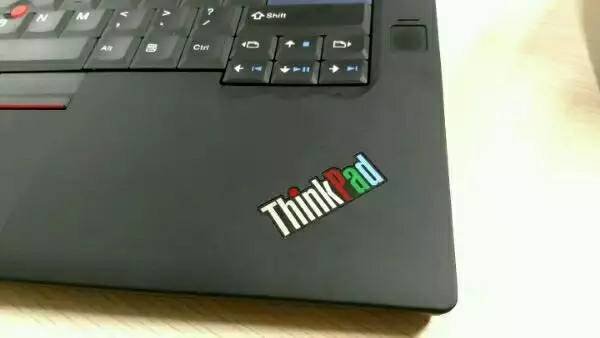 via NotebookCheck and The Register