Over the past few weeks Lenovo has been hinting that it’s next smartphone could feature a bezel-free design by releasing a series of images showing a phone with a screen that comes awfully close to the edge of the phone.

But I’ve been a little skeptical that the Lenovo Z5 would be truly bezel-free. The teasers the company has released have typically only shown a small portion of the phone thanks to selective cropping, or sketches which may have played a role in the design process, but which don’t necessarily reflect the finished product.

Now Lenovo has officially unveiled the Z5 in China and… it looks pretty much like most other premium and mid-range phone released this year. 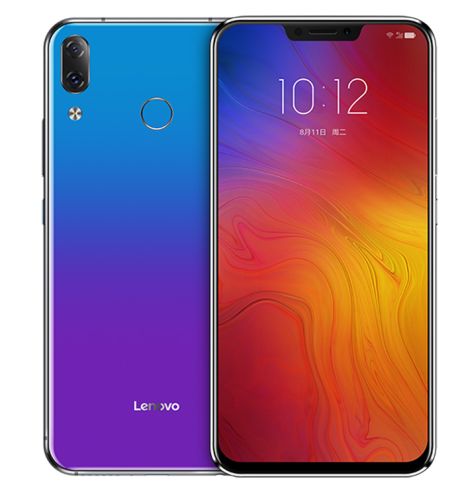 That means there’s a notch in the display where the screen wraps around a camera cut-out, and a “chin” at the bottom, where the bezel is a little thicker than those on the side or top.

The Lenovo Z5 isn’t a bad looking phone, by any means. It’s just not exactly revolutionary. On the bright side, it has a smaller notch than the iPhone and the phone is fairly inexpensive.

It has a 6.2 inch display with a 19:9 aspect ratio, a Qualcomm Snapdragon 636 processor, 6GB of RAM, and 16MP + 8MP dual rear cameras. It also has an 8MP front-facing camera, a USB Type-C port, and a fingerprint sensor.

The phone has a 3,300 mAh battery and it supports 18W fast charging.

The phone comes in black and blue or a color-shifting “Aurora” version that reminds me of the Honor 10.

via GSM Arena and The Verge

3 replies on “Lenovo Z5 smartphone unveiled: It’s pretty, but doesn’t live up to the hype”