Lenovo’s been teasing a new smartphone with a series of images showing a phone that appears to have virtually no top bezel and no notch housing a front-facing camera.

The company is set to officially unveil the Lenovo Z5 in China on June 5th, but a set of pictures leaked on Twitter by @TechNavvi allegedly shows where that front camera is hiding: in the bottom bezel. 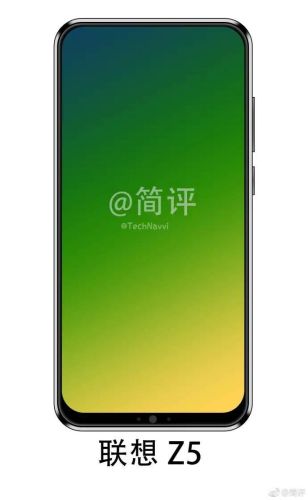 Is this leak legit? I have no idea. But it certainly seems plausible. Basically there are only three things Lenovo can do if it wants a no-bezel/no-notch top border:

That last option seems highly unlikely, and the second one is unusual enough that we’ve only seen one company even show off a prototype with a pop-out design so far. Maybe if Vivo’s phone is successful in the marketplace we’ll see copycats.

Meanwhile, a bottom camera isn’t unprecedented: Xiaomi’s original Mi Mix smartphone had a camera below the screen as well.

I wouldn’t hold my breath waiting for the Lenovo Z5 to reach North America: Lenovo does sell some phones in the Western Hemisphere, but with the exception of the Lenovo Phab line of devices, most are Motorola-branded phones. 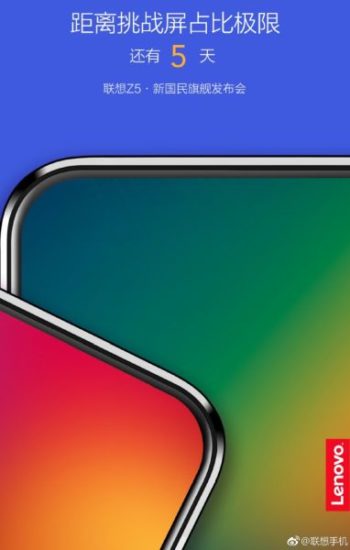 4 replies on “Lenovo Z5 could be bezel and notch-free (on the top, anyway)”