Lenovo is launching a new line of Android tablets that you can also use as Google Assistant-enabled smart speakers.

The new $129 Lenovo Smart Tab M8 is the company’s latest 2-in-1 that comes with a docking station that you can use to charge the tablet and turn it into a stationary smart display/speaker. And the $249 Lenovo Yoga Smart Tab with Google Assistant is a brand new tablet with a built-in kickstand that can also use to hang the tablet from a wall hook. 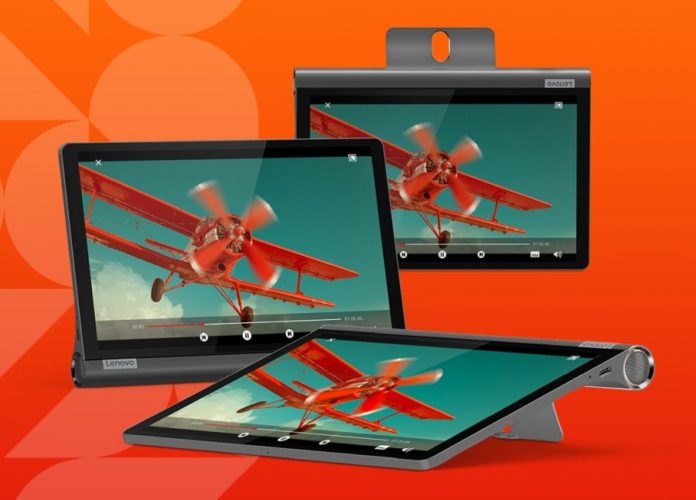 If that second one looks familiar, it’s because we reported on it a month ago when a datasheet first showed up on the Lenovo website.

The Lenovo Smart Tab with Google Assistant sports a 10.1 inch, 1920 x 1200 pixel IPS touchscreen display, a Qualcomm Snapdragon 439 processor, a 7,000 mAh battery, 8MP rear and 5MP fornt-facing cameras, and an IP52 rating for water and dust resistance (which means it might be safe to use near the kitchen as long as you don’t drop it in the sink).

Thanks to a 3-mic array, you should be able to talk to the tablet from across the room. And since it has stereo 2-watt JBL speakers, you might even be able to hear it respond.

In addition to hanging the tablet on the wall, you can use the kickstand to prop up the tablet vertically or lie it down on a table with the back raised a bit. 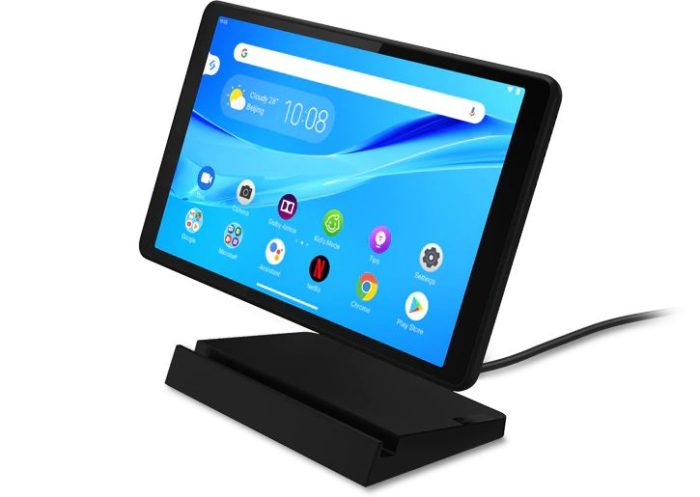 Lenovo’s spec sheet also mentions support for “up to 1TB PCIe SSD,” but I suspect that’s a mistake.

The 8 inch tablet has dual microphones, stereo speakers with Dolby Atmos audio, and a micro USB 2.0 ports as well as pogo pins for charging when placed in a docking station.

Both of the new tablets support Google’s new “Ambient Mode” which basically allows tablets like Lenovo’s to work as a smart display with images, animations, and cards displayed by Google Assisant.