Lenovo is working on a 10.3 inch tablet designed primarily for reading and writing. The upcoming Lenovo Yoga Paper features a 10.3 inch black and white E-Ink display and works with a pressure-sensitive pen that allows you to write or draw on the screen.

Picture of the Yoga Paper started to make the rounds on Chinese social media in October. Now Lenovo has confirmed the the tablet is real, and provided a few more details. 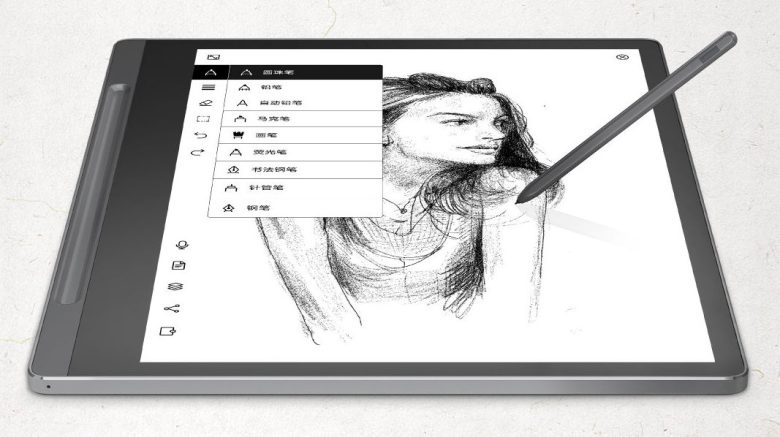 For example, we now know that screen size, and that the Yoga Paper will have a CNC machined metal body that measures as little as 5.5mm (0.22 inches) thick.

It’s designed for use in right-handed or left-handed mode, suggesting that is supports screen rotation (although it’s unclear if the screen rotates automatically or if you have to do it manually). And the display is front-lit with LED lights that support color temperature adjustments for reducing or increasing the amount of blue light depending on your preferences or viewing environment. 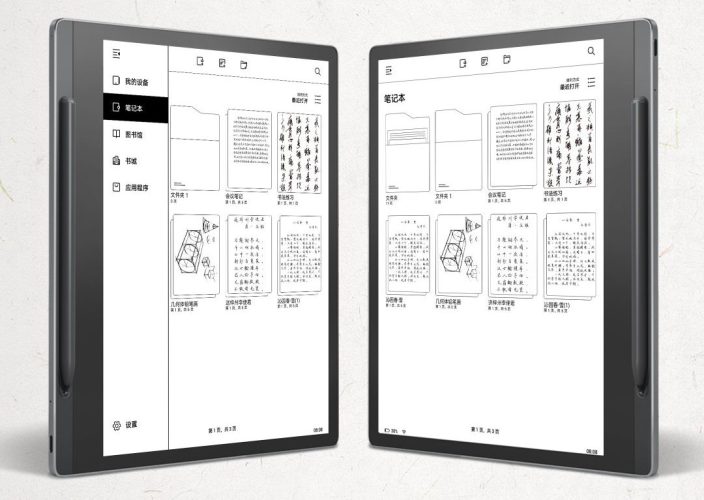 Lenovo’s stylus for the tablet supports 4096 degrees of pressure sensitivity and doesn’t need to be charged or paired with the tablet, which means it’s most likely a Wacom EMR pen.

And there’s a space in one side of the tablet where the pen snaps magnetically into a cradle for safe keeping when you’re not using it. There also appears to be a magnetic cover that can protect the screen, although it’s not clear if that comes with the tablet or if it’s an optional accessory. 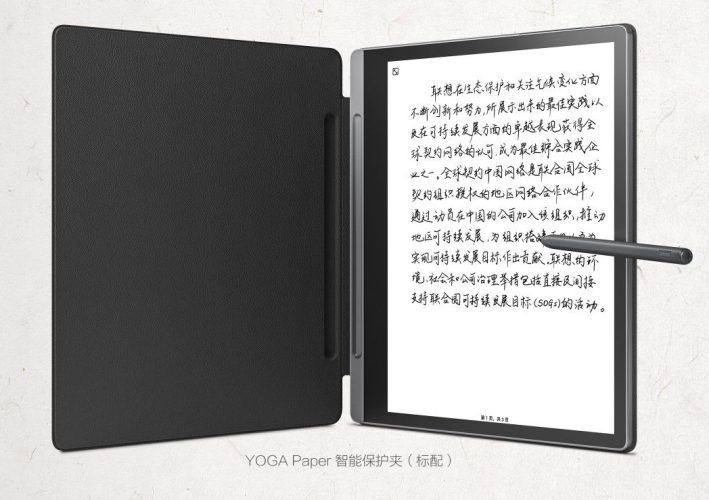 Lenovo still hasn’t announced pricing or availability details for the Yoga Paper yet. And so far the company has only mentioned the device on Chinese social media site Weibo, so it’s unclear if it will be released exclusively in Lenovo’s home country or if it will be sold worldwide.