As expected, Lenovo is updating its Yoga laptop lineup with a new model called the Yoga C930. And as expected, the new models has specs that are very close to those of last year’s Yoga 920. But the new model has a brand new design which includes, among other things, a rotating sound bar built into the hinge, enabling audio that’s loud and clear no matter whether you’re using the computer as a notebook or a tablet. 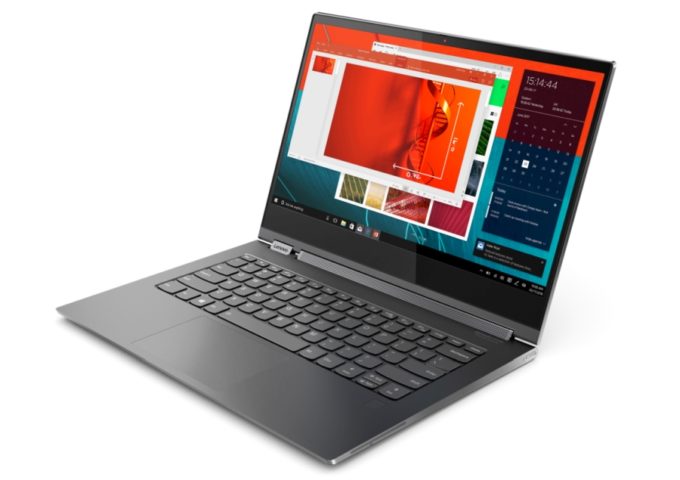 Lenovo did away with the watchband-style hinge found in its previous-gen Yoga 900 series laptops in order to use a new hinge that includes a rotating speaker with Dolby Atmos support. 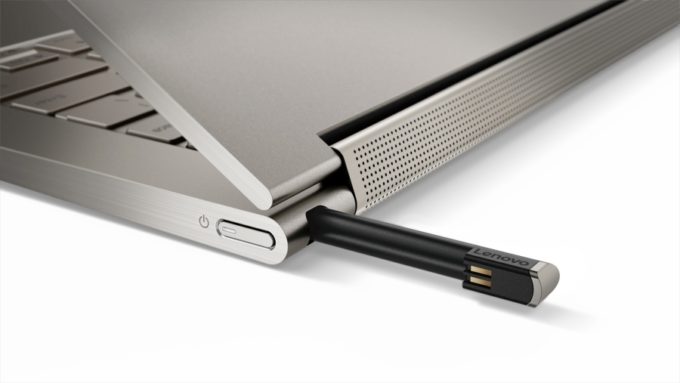 Despite launching the same week that Intel unveiled its new Whiskey Lake-U processors, the Yoga C930 features Kaby Lake-R chips. Since they’re both 8th-gen U-series processors, the difference isn’t really all that big, but it would be nice to have Whiskey Lake’s Gigabit WiFi and slightly faster boost speeds in a high-priced laptop like the Yoga C930.

Here’s a run-down of the notebook’s specs/options:

The computer has a backlit keyboard, a fingerprint reader, a microphone array with support for far-field voice detection, and an active pen that slides into a slot in the notebook when it’s not in use.