The Lenovo Yoga Book is a small convertible notebook that measures  about 0.38 inches thick, features a 360 degree hinge that lets you fold the touchscreen display back for use in tablet mode, and a battery that Lenovo says is good for up to 15 hours of run time.

Lenovo hasn’t officially announced the Yoga Book yet, but it showed up at the Red Dot design awards web site recently… and it’s likely that this is the same 10 inch Android-powered device that we first learned about through a series of leaks in March. 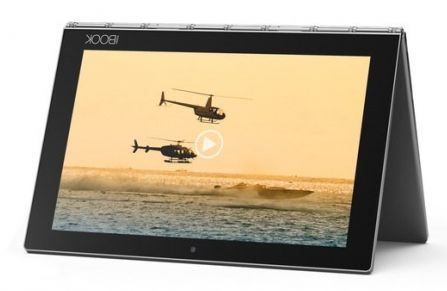