Lenovo’s Yoga Book was one of the strangest laptops to launch in 2016. It’s a convertible model with a touchscreen display and a 360-degree hinge. But what really makes the Yoga Book weird is the keyboard: it doesn’t really have one. Instead there’s a Wacom digitizer that you can use to write or draw… or tap on a virtual keyboard that lights up when you need it.

You can currently by a Yoga Book with Windows for $550 or an Android model for $500.

But Lenovo also said late last year that a Chromebook version was on the way. Now it looks like the Chrome OS model may never see the light of day. 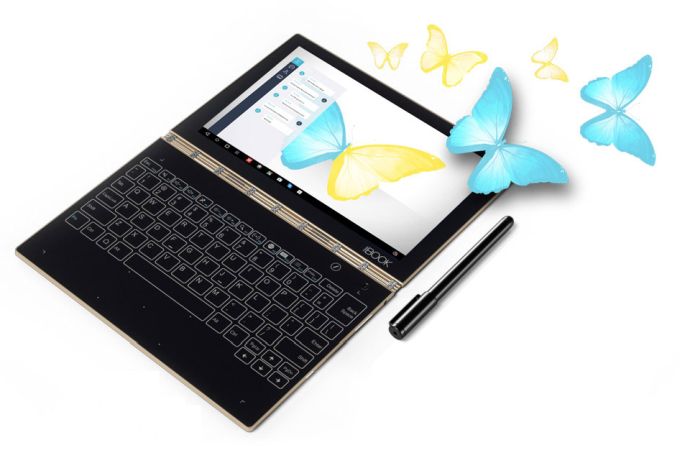 Details about upcoming Chromebooks have a way of leaking, thanks to the system Google uses to manage the open source Chromium project. So last year we learned that the Yoga Book with Chrome OS probably had a board code-named  Pbody.

And now Chrome Unboxed has spotted a code commit that suggests Pbody is “dead,” suggesting that Lenovo has chosen not to bring this model to market. Interestingly, the commit mentions a solution to a problem with the keyboard which will be incorporated into Chromium OS so that other devices with similar keyboards won’t have the same issue in the future.

Lenovo’s Yoga Book products have received mixed reviews so far. On the one hand, they’re thinner and lighter than most convertible laptops with built-in keyboard sections, and the Wacom digitizer could be useful for digital pen fans. On the other hand, typing is a pain in the behind.

Since Chrome OS is designed primarily to be a laptop/desktop operating system, I wouldn’t be surprised if Lenovo took early feedback into account and decided not to bother releasing a Chrome OS product with a crappy keyboard.