Lenovo’s Yoga Book made a splash when the laptop launched in 2016 for $500 and up, thanks to its unusual design: the 10 inch notebook features a “Create Pad” where you’d normally find a keyboard. This allows you to write or draw with a pen or type on a virtual keyboard that lights up only when you want it.

At the time Lenovo introduced two models: one with Android and another with Windows 10. But the company also made it clear that it was just the first of several Yoga Book devices.

Say hello to the next model in the lineup. The Lenovo Yoga A12 may not be called a Yoga Book, but it’s basically the same laptop with a larger screen, a lower price tag, and downgraded specs to match the new $299 price tag. 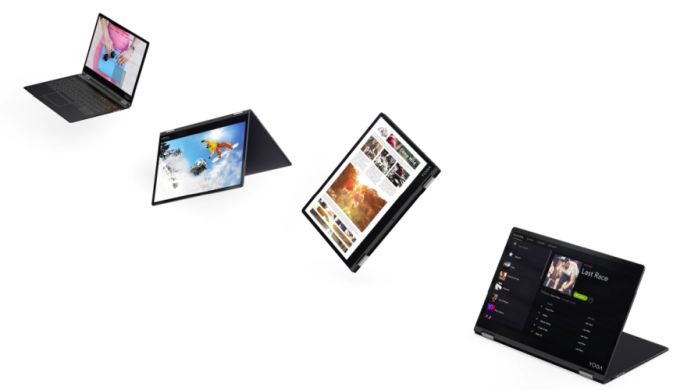 The Yoga A12 will be available starting February 8th, and the official announcement confirms specs that leaked a few weeks ago when the laptop started showing up in retail listings.

It’s already up for pre-order from Amazon, for example.

In other words, it has the same processor as the smaller Yoga Book, but the Lenovo Yoga A12 has a lower-resolution display and half as much memory and storage.

Unsurprisingly, the 12 inch model is also a bit heavier, weighing in at 2.2 pounds (rather than 1.5 pounds). It’s still pretty slim though, at 0.43 inches thick.

And while the 10.1 inch Yoga Book is available with a choice of operating systems, the Yoga A12 only comes with Android.

Update: an earlier version of this post stated that the Yoga A12 had the same Wacom digitizer and pen support as the Yoga Book, but Laptop Magazine states that it does not, and a Lenovo rep says the same thing in response to a question posed at Amazon.

The Yoga A12 also has a simpler 360-degree hinge than the watchband-style hinge used on the smaller, more expensive model. 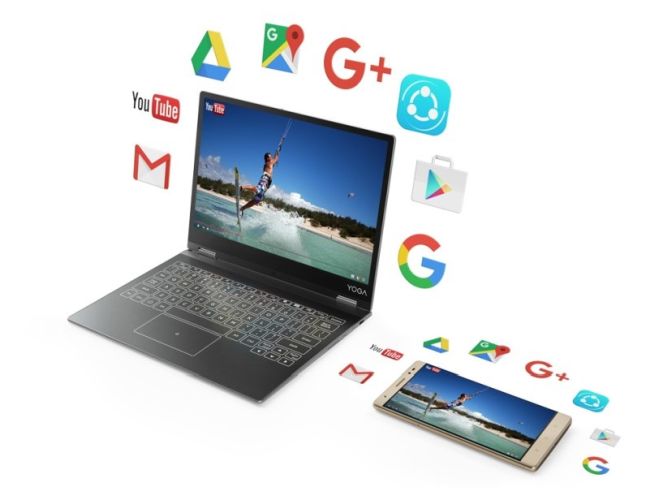 Overall, the $299 Yoga A12 seems like an interesting option for folks looking for a tablet that can also be used as a laptop… and who want support for pen input. While the touch keyboard isn’t quite as effective as a physical keyboard, the Yoga Book and Yoga A12 might be better options for artists than typical Android tablets thanks to their support for pressure-sensitive pen input.

On the other hand, if you’re just looking for a convertible laptop with a physical keyboard and support for Android apps, a Chromebook like the Asus Chromebook C302 or Samsung Chromebook Pro or Chromebook Plus might be a better option for now, since they support a desktop-style Chrome browser as well as Android apps.

But Lenovo is expected to release a Yoga Book variant that runs Chrome OS in the future.