Lenovo is refreshing its mid-range Yoga 500 series convertible notebook lineup. Last year the company introduced the Yoga 510, which is sold in the United States as the Lenovo Flex 4.

This year the company is launching a followup called the Yoga 520.

The new model will be available with 14 and 15.6 inch screen options, up to a Core i7 Kaby Lake processor, and up to 16GB of RAM. Lenovo will likely give the Yoga 520 an official launch at Mobile World Congress, but plenty of details have leaked ahead of time. 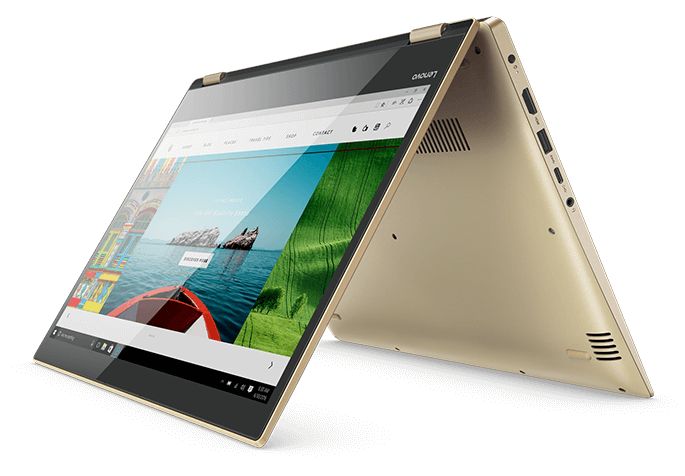 For example, the Lenovo Yoga 520 14″ laptop showed up on the company’s website. It’s been removed, but a Google cached version of the page gives us an idea of what to expect:

There’s also an optional fingerprint reader and the convertible notebook has a touchscreen display, a 360 degree hinge, and support for a Lenovo Active Pen for pressure-sensitive writing and drawing.

Lenovo is also expected to launch a new Yoga 720 convertible notebook and a Miix 320 2-in-1 tablet at MWC.