Lenovo appears to be working on a new Lenovo Yoga convertible tablet featuring a 10 inch full HD display, a 360 degree hinge that lets you use the laptop in tablet mode, and a low-power Intel Atom Cherry Trail processor.

While those are the kind of features you might expect from a Windows laptop, it seems that Lenovo’s new Yoga device is actually an Android tablet/laptop hybrid. 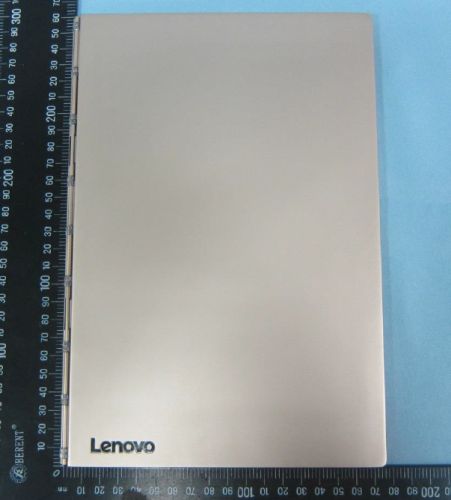 While the company hasn’t officially announced the new laptop yet, a series of leaked benchmarks and one image posted to Ghana’s National Communications Authority website start to paint a picture of this convertible notebook/tablet hybrid.

The computer seems to be called the Lenovo YB1-X90L or YB1-X90F in recent benchmark results.

Both models seem to feature:

The tablet also supports WiFi, Bluetooth, and GPS and at least some models will have cellular data capabilities.

While there’s nothing in the spec listings that definitely show this to be a convertible tablet, the photo shows a hinge that looks an awful lot like the watchband-style hinge Lenovo introduced in 2014 when the company launched the Yoga 3 Pro convertible.

There’s no word on when Lenovo will launch the YB1-X90 series Yoga devices, if there will be Windows models, or how much the systems will cost. But the fact that WinFuture.de spotted the tablet at the Ghanaian version of the FCC suggests that this device will be available around the globe if and when it officially launches.