Lenovo is launching its first ThinkPad ultrabook to sport a 15.6 inch display. The Lenovo Thinkpad S531 is a large, business-class ultrabook that weighs about 5 pounds and which has a display that you can fold back 180 degrees. 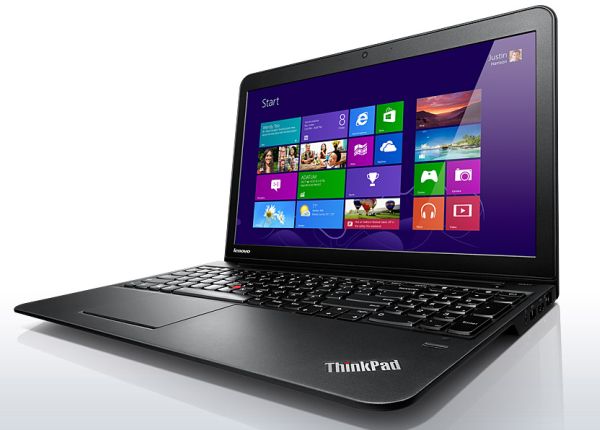 The large display means the laptop’s bigger than most ultrabooks, and Lenovo’s using the extra space to place a number pad next to the backlit, spill-resistant QWERTY keyboard.

The notebook also has a TrackPoint pointing stick near the center of the keyboard, as well as a trackpad below the space bar.

Around the sides you’ll find 2 USB 3.0 ports, an Ethernet jack, a flash card reader, HDMI port, and a headset jack. The Lenovo ThinkPad S531 has JBL stereo speakers, dual digital array microphones, and a 62.8 Whr cell battery which Lenovo says should offer up to 9 hours of run time. with a full-sized number pad next to the backlit keyboard, Lenovo’s TrackPoint pointing stick,

Lenovo will offer an optional fingerprint reader and support for a ThinkPad OneLink dock which lets you charge the laptop while connecting additional USB, Ethernet, audio, USB, and HDMI ports.