Lenovo’s answer to Google Glass may be on the way. The company introduced a prototype of a wearable device that you wear like a pair of glasses this week and the company is also partnering with Vuzix to bring that company’s smart glasses to China.

The move is part of Lenovo’s new NBD initiative to develop a range of connected devices including smart glasses, air purifiers, routers, and more. 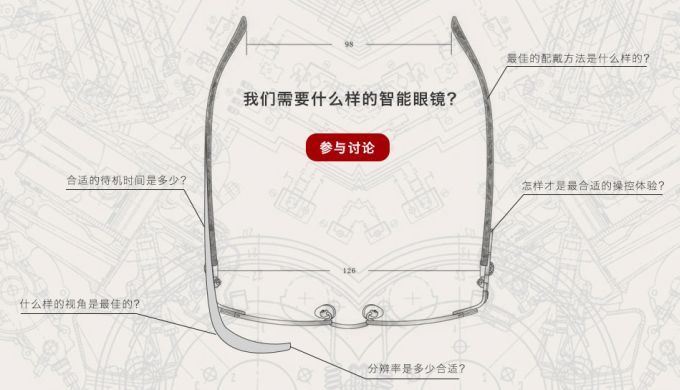 Also like Google Glass, the M100 and Lenovo’s own C1 smart glasses are designed to put a small screen just above your eye so that you can see notifications and interact with apps without pulling out a phone or tablet.

It’s not clear yet how much consumer demand there will be for smart glasses… although a lot probably depends on how much devices like these sell for once they’re targeted at consumers and not just developers. But as PC sales level off and smartphone and tablet sales growth slows consumer electronics companies are looking for the next big thing… and many are hoping that thing is wearables including smartwatches and smart glasses.

At this point these devices are basically expensive companions for your smartphone… which means at best they’ll only appeal to a subset of people who already use smartphones. But that could change as wearables become more common and more powerful.

via cnbeta and PC World