Lenovo is updating its Legion line of gaming computers with a few new 15 and 17 inch laptops, a couple of new desktop towers, and two compact gaming desktops in its “Cube” series.

The laptops pack a lot of power into relatively compact designs, but gaming laptops are a dime a dozen these days, and the Lenovo Legion machines are among the bulkier options, weighing around 4.8 pounds and up.

I am a little intrigued by the new Cube PCs though. They’re not exactly lightweight either: they weigh nearly 20 pounds. But these 13″ x 9″ x 9.5″ desktop PCs are relatively compact by gaming PC standards, and they have built-in carrying handles on top making it easy for you to pick one up and take it with you. 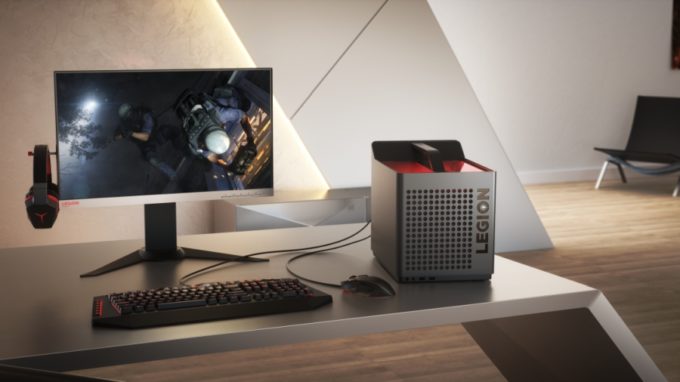 The Lenovo Legion C530 Cube is the more affordable option, with support for up to an Intel Core i7-8700 processor and a transparent top cover with red LED lighting illuminating the components inside the case.

Lenovo’s Legion C730 Cube is a higher-end version with RGB lighting and support for up to an Intel Core i7-8700K chip.

Here are some of the other key specs for each model:

Lenovo says both systems are VR-ready and both feature a dual-channel cooling system that runs air through both sides of the motherboard.

The Lenovo Legion C530 Cube and Legion C730 Cube should both be available in August.