Remember last summer when Samsung introduced a 16TB solid state drive? That’s nothing. This week Seagate announced that it’s working on a 60 terabyte SSD, and Lenovo is also working on a 48TB SSD.

Sadly, neither of these storage devices is likely to show up in your next laptop. 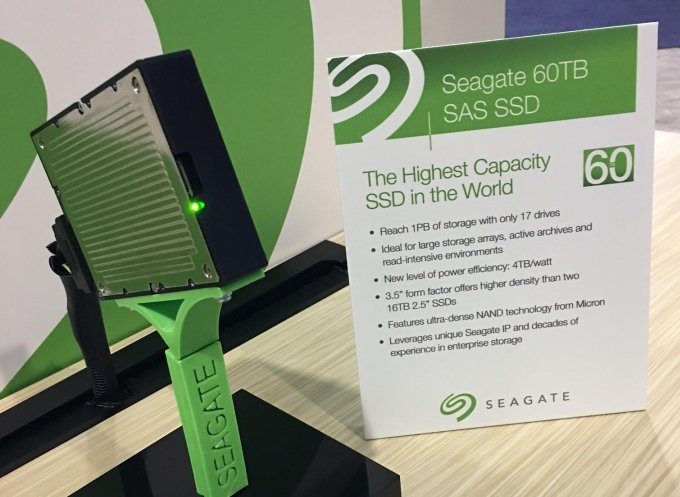 Both Lenovo and Seagate are positioning their high-capacity SSDs as solutions for servers rather than personal computers. They’ll likely be very expensive, but offer higher speeds, better reliability, and lower power consumption than hard drives, which could make them attractive options for some enterprise customers.

Lenovo’s new solid state drive is about twice the physical size of a 2.5 inch hard drive or SSD that would be commonly used in a laptop, while Seagate’s drive is expected to be about the same size as a 3.5 inch hard drive.

While these are the largest SSDs announced to date, it’s been fascinating watching consumer-grade solid state storage advance over the past few years. It’s not hard to find 512GB drives that sell for the same price that a 128GB version would have cost a few years ago, and if you’re willing to spend (considerably) more money, you can even find 2TB and 4TB drives designed for laptops and desktops.

Update: Samsung wants in on the high-capacity enterprise SSD action too: the company just unveiled a 32TB SSD.