Microsoft has been promising for a few months that device makers would soon launch VR headsets that are compatible with Windows 10 Holographic for about $299 and up… which is a lot cheaper than the $3,000 you’d need to pay to get a Microsoft HoloLens development kit.

Companies including Acer, Asus, Dell, and HP are all working on headsets. But it loos like Lenovo is the first to start showing one off.

The folks at The Verge got an early look at a prototype of Lenovo’s upcoming headset. 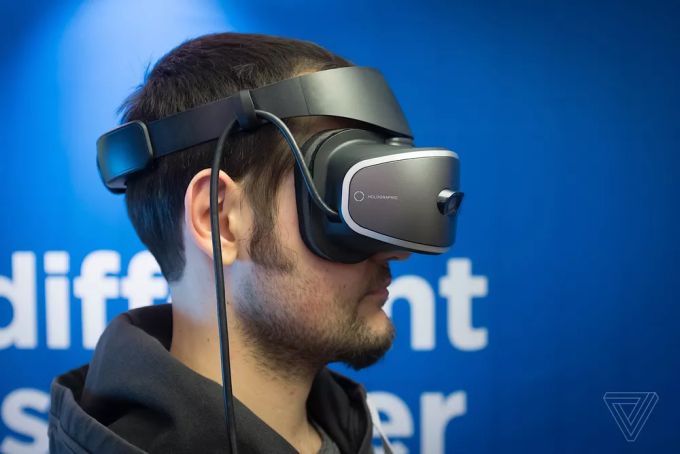 The good news is that the device has higher-resolution displays than most existing VR headsets, with two 1440 x 1440 pixel OLED panels, one for each eye. The bad news is that the prototype doesn’t actually work yet, so Lenovo is just showing what it’ll look and feel like… not how well it functions.

That said, the system is said to weigh about 12 ounces, making it lighter than an Oculus Rift or HTC Vive. It also includes built-in sensors to detect your movement through space, eliminating the need for external cameras or other hardware. There are also no hand controllers included with the headset. The Verge reports that Lenovo will support third-party controllers instead, as long as they’re designed to work with Microsoft’s Windows Holographic software.