Lenovo introduced a 13 inch laptop called the Lenovo U31 at the Consumer Electronics Show in January, but at the time the company said the notebook would not be available in North America. But guess what just showed up at the FCC website last week? 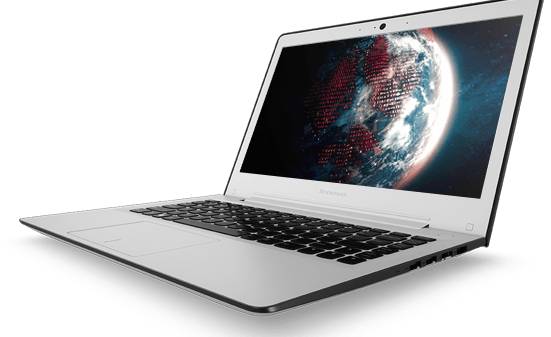 It’s still not clear if Lenovo plans to sell this notebook in the States. The Lenovo U31-70 actually showed up in documents filed by Qualcomm Atheros, which means the wireless chip maker might just be seeking approval for the communications technology used in the notebook.

But if the laptop does arrive in the States, here’s what to expect:

The notebook measures about 0.75 inches thick, weighs about 3 pounds, and has a lid that opens to a 180 degree angle. Ports include full-sized HDMI and Ethernet ports, two USB 3.0 ports, and a USB 2.0 port, and an Ethernet jack.

Note that in some markets Lenovo may brand this laptop as the Lenovo S31. There’s also a 14 inch. 3.9 pound model called the Lenovo U41 or S41. There’s no word on whether that model is headed to North America.

I didn’t spend any time with this laptop at CES in January, but the folks at Ndevil did, and they posted this video:

10 replies on “Lenovo U31 notebook coming to America?”