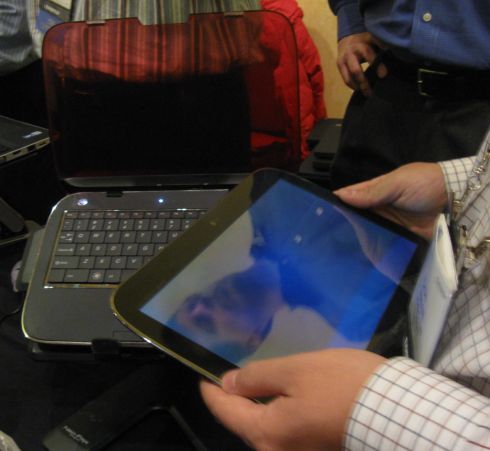 Lenovo says it will launch its LePad slate computer in China in December, with Engadget reporting that an optional keyboard/laptop component coming in January.

As a quick refresher, Lenovo introduced a concept device earlier this year called the Lenovo IdeaPad U1 Hybrid. At first glance, the Hybrid looks like a Laptop — but you can actually remove the display and use it as a standalone tablet. The guts of a PC are in the laptop base, allowing you to run Windows, while there’s a low power ARM processor in the tablet, letting you run an alternate, lightweight OS.

At the time, Lenovo had been planning to ship the device with its own Skylight OS, which had been developed in-house. Eventually the company scrapped that plan, instead deciding to use Google Android which is fast becoming the de facto standard OS for non-Apple tablets, despite Google’s apparent misgivings.

Ultimately, with the whole world going slate crazy, Lenovo decided to offer the tablet as a standalone device, called the Lenovo LePad, and that’s what will be available in December for customers who happen to live in China. Lenovo still plans to offer the full IdeaPad U1 Hybrid device, but that won’t be available until the first month of 2011. It sounds like we might get to spend a little more time with it at CES in January — a full year after the device was first introduced.

When we first saw the Ideapad U1 is was a revolutionary device unlike pretty much unlike anything on the market. The question is… after all these delays and changes, are you still interested?