Lenovo’s new ThinkStation P350 Tiny is a computer that supports up to a 65 watt Intel Core i9-11900 octa-core processor, NVIDIA Quadro P1000 graphics, 64GB of RAM, and up to two PCIe Gen4 NVMe solid state drives.

But it’s also a compact computer that measure just 7.2″ x 7″ x 1.4″ and which has a volume of less than one liter. Lenovo says it’s the “industry’s smallest workstation,” which is probably up for debate depending on your definition of “workstation” and “smallest,” but it’s certainly smaller than most computers with those sorts of specs. 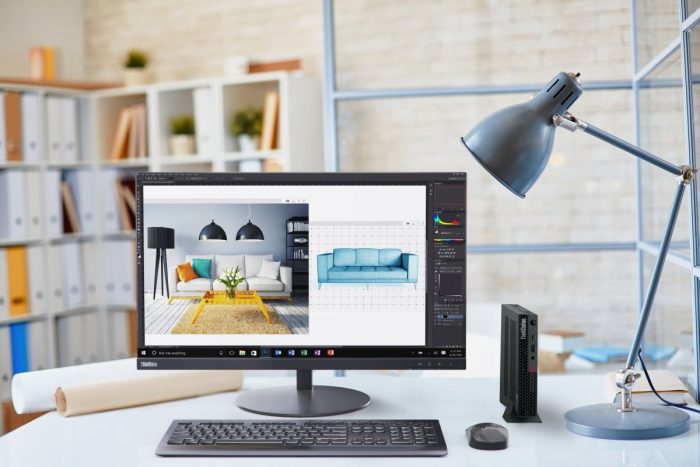 While those larger models provide a little more breathing room with support for higher-performance processors, graphics, and additional storage, the ThinkStation P350 Tiny is a compact system that could easily be mounted to the back of display or stuffed under a desk.

Lenovo says the computer has two SODIMM slots with support for DDR4-3200 memory, two M.2 slots for solid state storage, and plenty of ports including: