Lenovo is introducing a new ThinkPad Z series of thin and light laptops that drop the company’s classic black-with-red-highlights design and instead offer options including bronze and arctic grey or recycled black vegan leather.

They’re also among the company’s first laptops powered by AMD’s new Ryzen 6000 processors, and the Lenovo ThinkPad Z13 even has an exclusive AMD Rembrandt chip that won’t be available on any other laptops, while the ThinkPad Z16 will ship with higher-performance Ryzen 6000H processor options. Both laptops should be available starting in May, 2022. 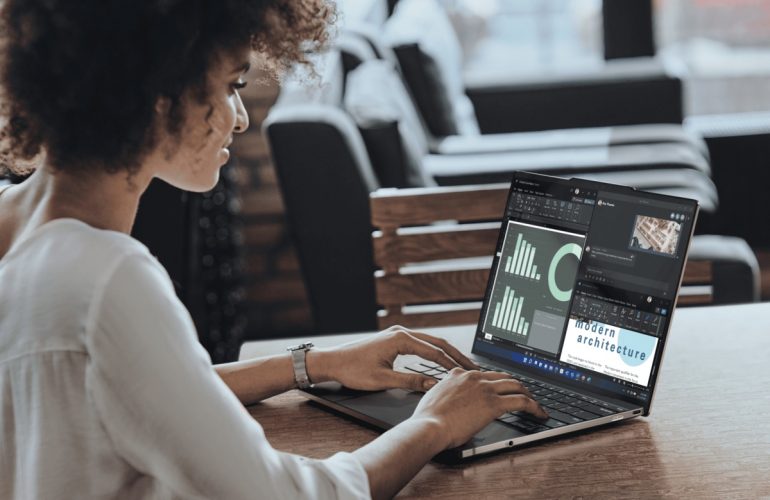 This compact notebook features a 13.3 inch, 16:10 display available with WQXGA 2.8K OLED or WUXGA IPS LCD display panel options. Lenovo says with slim bezels around all sides of the display, the notebook has a 91.6% screen-to-body ratio.

It measures just 0.55 inches thick and weighs 2.76 pounds, and features a 40 Wh battery as well as support for rapid charging. 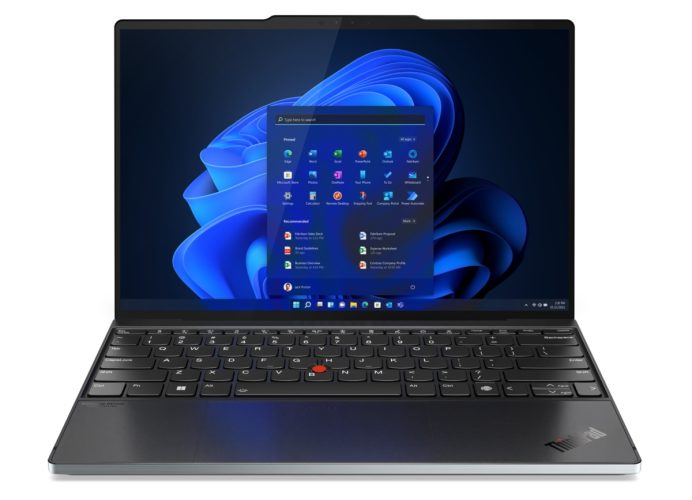 Other features include a full HD webcam with a 1.4µm sensor and dual-array microphones for improved video conferencing, an all-glass palm rest with a 120mm (4.7 inch) touchpad, and Lenovo’s signature TrackPoint pointing stick in the center of the keyboard (but without the usual buttons above the touchpad that you’d use to click while using the TrackPoint stick).

The laptop supports Dolby Atmos sound, has a fingerprint reader integrat3ed into the power button, and supports up to 32GB of LPDDR5 memory and up to 1TB of PCIe Gen 3 solid state storage. There are two USB 4.0 Type-C ports and a 3.5mm headphone jack, and the laptop supports WiFi 6E, Bluetooth 5.2, and 4G LTE Cat 16. 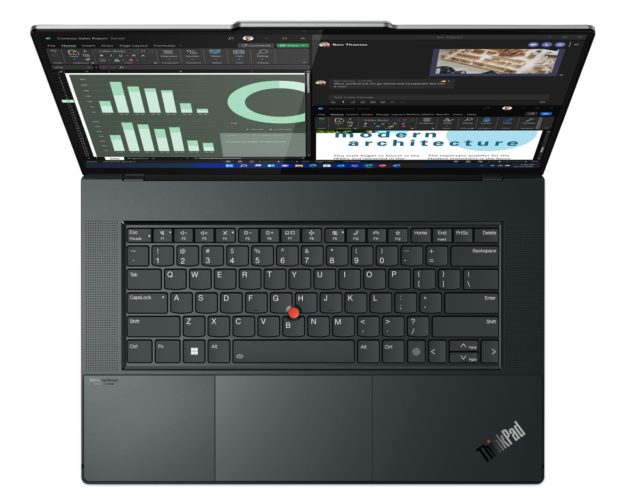 The laptop’s larger size also allowed Lenovo to cram a bit more into the chassis. This 16 inch laptop has a 70 Whr battery, three USB 3.0 Type-C ports, an audio jack, and an SD card reader. While it also tops out at 32GB of LPDDR5 memory, Lenovo will offer the ThinkPad 16Z with up to 2TB of PCIe Gen 4 solid state storage.