Lenovo appears to be preparing a minor update to its smallest, cheapest ThinkPad notebooks. Right now the company offers ThinkPad X130e laptops with 11.6 inch displays and a choice of Intel Sandy Bridge Core i3 processors or AMD Brazos chips.

But Lenovo will replace those notebooks with new ThinkPad x131e models featuring a choice of Intel or AMD Brazos 2.0 processors starting in September. 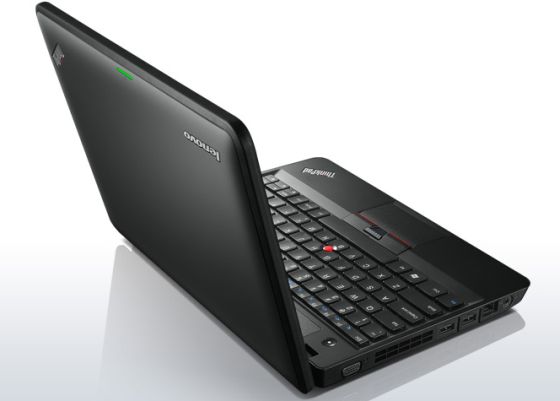 The AMD models will be available with AMD E1-1200 or AMD E2-1800 processors, offering modest performance gains over the E-300 and E-400 series chips in the current X130e lineup.

It looks like the Intel models will continue to offer Sandy Bridge chips, with a choice of an Intel Celeron 867 or Core i3-2367U processor. This will probably help keep the price relatively low — the current Lenovo ThinkPad X130e starts at $549. But it means that the next-generation model won’t get the improved graphics performance and lower energy consumption available from Intel’s newer processors.

Lenovo’s new notebooks will weigh about 3.9 pounds, supports up to 8GB of RAM, and up to 500GB of hard disk space or a 128GB solid state disk.

The company is also adding Dolby Advance Audio v2 to the notebooks as well as 2 USB 3.0 ports (in addition to 1 USB 2.0 port, VGA, HDMI, and Ethernet jacks).

According to a leaked document obtained by Netbook News.de, the new models will also feature a more ruggedized design than Lenovo’s current ultraportables, with a dustless fan, stronger hinge and brackets, and stronger ports, among other improvements.

One reply on “Lenovo ThinkPad X131e ultraportable notebooks on the way”