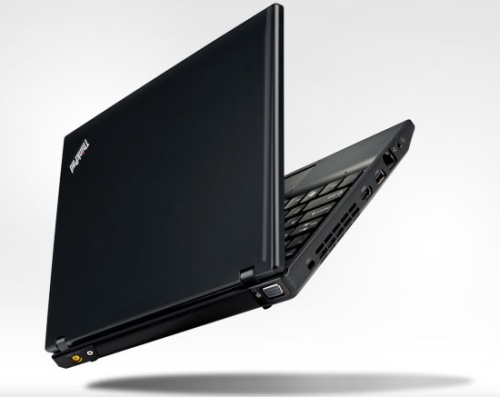 The ThinkPad X120e is a new business class ultraportable laptop from Lenovo. It features an 11.6 inch display, a low power AMD processor, and Radeon HD graphics. Lenovo introduced the laptop at CES, and now the company is confirming that it will go on sale starting March 8th.

That’s the good news. The bad news is that at launch it won’t be available in Western Europe, Japan, Australia, or Latin America. Basically if you live in a country where the Lenovo ThinkPad Edge 11 is available, you won’t be able to pick up a ThinkPad X120e for now.

Lenovo says the X120e will run $400 and up. You’ll be able to configure the Lenovo ThinkPad X120e with up an AMD E-350 dual core processor, and up to Windows 7 Professional. The laptop comes standard with a 6 cell, 7.5 hour battery and an 11.6 inch, 1366 x 768 pixel anti-glare display. Like other ThinkPad models, the X120e also comes with a TrackPoint system which includes a multitouch touchpad and a pointing device in the middle of the keyboard.

Update: CNET reports that the US launch date has been pushed back to March 8th. Lenovo confirmed the change via Twitter, but then removed that tweet. .

Update 2: It’s official. The Lenovo ThinkPad X120e will go on sale on March 8th in the US.