Lenovo’s latest Yoga-style notebook features a 14 inch display, a compact design, and ThinkPad styling. The Lenovo ThinkPad X1 Yoga features a black case, the Lenovo TrackPoint keyboard system, and a hinge that lets the touchscreen display fold back 360 degrees so you can use the computer like a tablet. 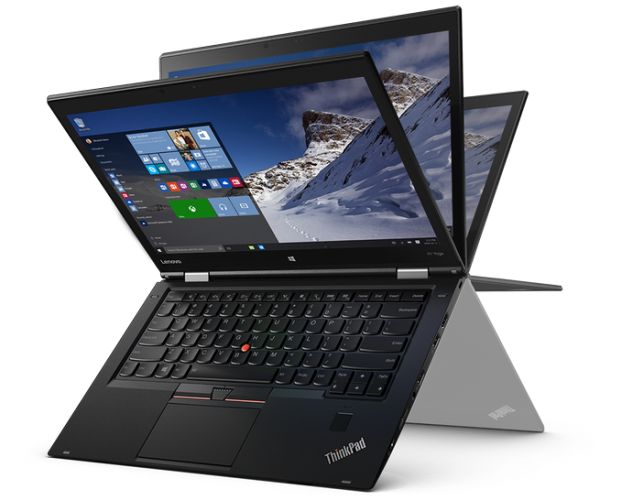 Another thing that make the ThinkPad X1 Yoga different from most convertible notebooks that don’t have detachable keyboards is that this model can work with an active stylus, allowing you to write or draw on the screen using the pressure sensitive digital pen.

When you’re not using the stylus you can dock it in the keyboard, and it will automatically charge.

Like earlier ThinkPad Yoga laptops, the X1 Yoga has a keyboard with retractable keys. That means when you’re holding the system in tablet mode, you won’t feel the keys on the back of the tablet as much as you would on a device with more traditional keyboard.

Lenovo will offer models with up to a Core i7 Skylake processor, up to 16GB of RAM, and up to 1TB of storage. The notebook weighs about 2.8 pounds, measures about 0.66 inches thick, and select models should be available this month for $1449 and up. You’ll have to pay $200 more for the OLED model, and it won’t be available until later this year.