Lenovo’s first PC with a foldable OLED display is up for pre-order for $2500 and up and expected to ship in the fourth quarter of 2020.

First announced earlier this year, the Lenovo ThinkPad X1 Fold is a computer that sort of straddles the line between tablet and notebook. It’s a Windows tablet with a 13.3 inch, 2048 x 1536 pixel touchscreen display. But since the screen can fold in the middle, you can position it so the bottom of the screen acts as a keyboard or pen input section while the top acts like a laptop display, hold it in two hands like a book, or fold the whole thing in half so the screen is covered. 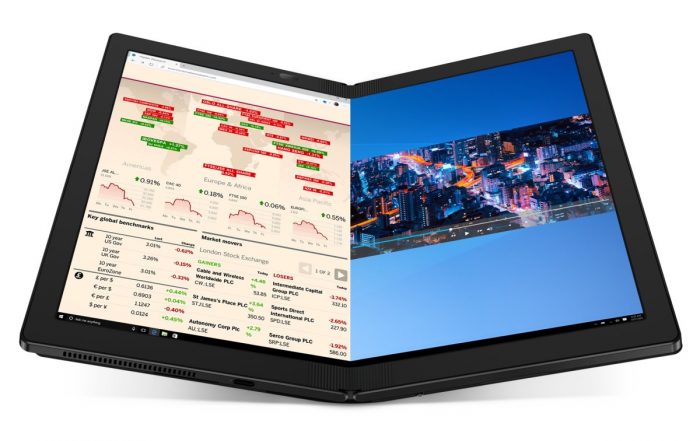 That said, the Thinkpad X1 Fold doesn’t have a physical keyboard built-in, which could make it an awkward fit for the kind of computing folks are used to doing with premium, business-class laptops. So I don’t really expect the Fold to replace other members of the Thinkpad family anytime soon – in fact, Lenovo just introduced several other new laptops including a 2 pound Lenovo ThinkPad X1 nano and a new crop of ThinkBook laptops with a choice of Intel or AMD chips.

But the X1 Fold could open up new possibilities for users who’d prefer to use touch and pen most of the time, only pulling up a virtual keyboard or connecting to a physical one when they need it. 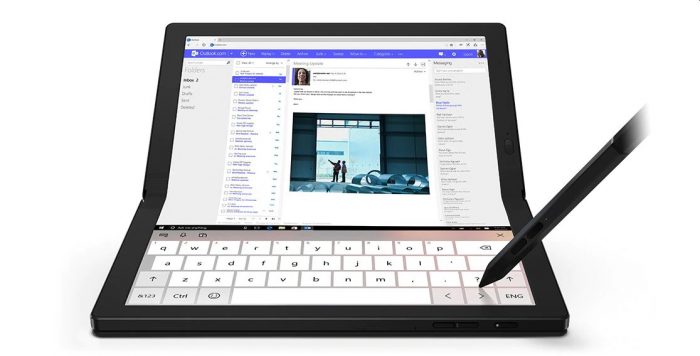 That said, you’ll end up paying a premium price for a gadget that may not offer the same level of performance you’d expect from a $2500 PC.

The Thinkpad X1 Fold also has just 8GB of RAM, although it is relatively speedy LPDDR4X 4267MHz memory. It’s soldered to the motherboard and there’s no way to upgrade. 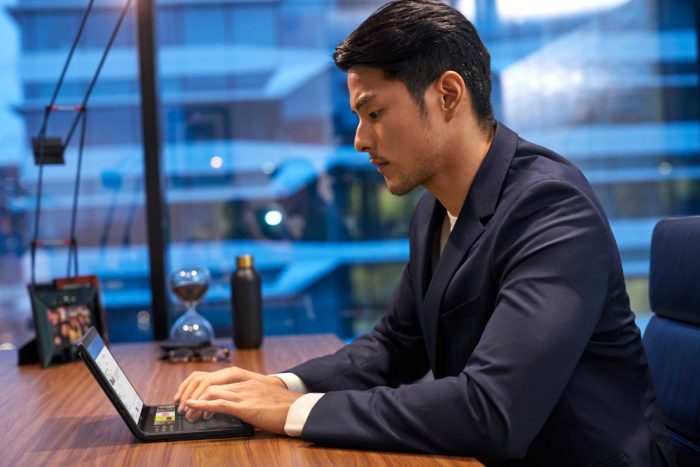 Lenovo also doesn’t include the optional Bluetooth keyboard or pen with the entry-level model. 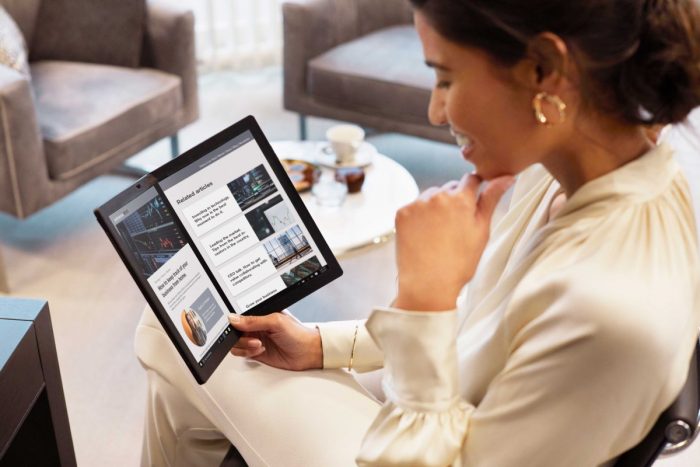 What you do get is an unusual computer that you can use as a tablet or pseudo-laptop, which supports WiFi 6, Bluetooth 5.1, and which has two USB 3.2 Gen 2 Type-C ports, a 50 Wh battery, stereo speakers, four microphones, and a 5MP camera with IR support for Windows Hello-compatible face recognition.