Lenovo’s ThinkPad X1 computers are premium thin and light devices with business-class features and design. But up until now the company hasn’t released a model with discrete graphics or a screen larger than 14 inches.

That changes with the introduction of the Lenovo ThinkPad X1 Extreme. As expected, the laptop has a 15.6 inch display, support for up to a 6-core Intel Core i9 Coffee Lake-H processor, up to 64GB of RAM, and up to NVIDIA GeForce GTX 1050 Ti graphics.

One thing hasn’t changed though: ThinkPad X1 laptops are expensive. The ThinkPad X1 Extreme is expected to sell for $1860 and up when it goes on sale in September. 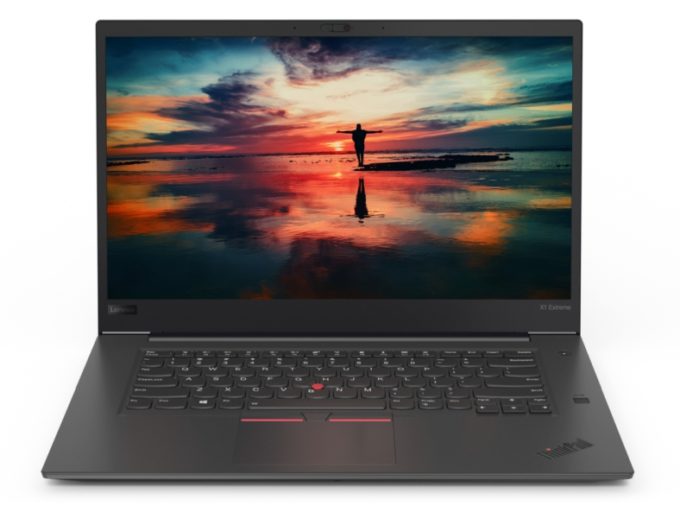 For a 15 inch laptop, the ThinkPad X1 Extreme is reasonably compact, measuring about 14.2″ x 9.7″ x 07″ and weighing about 3.8 pounds (or 4 pounds if you opt for a touchscreen display. The chassis is made from 4 layers of carbon fiber.

It has an 80Whr battery and a 135W power supply, which Lenovo says is 25 percent smaller than previous versions. Lenovo says the battery supports rapid charging, which means you can get up to an 80 percent charge in 60 minutes.

Ports include two USB 3.1 Type-A ports, two Thunderbolt 3/USB Type-C ports, an HDMI 2.0 port, headset jack and a SD card slot, and the laptop has a fingerprint sensor, an HD webcam with IR support for face recognition, and a ThinkShutter privacy cover so the camera can’t watch you when you don’t want it to.

There’s a backlit keyboard and a touchpad plus a Lenovo TrackPoint system with a pointing stick in the keyboard.