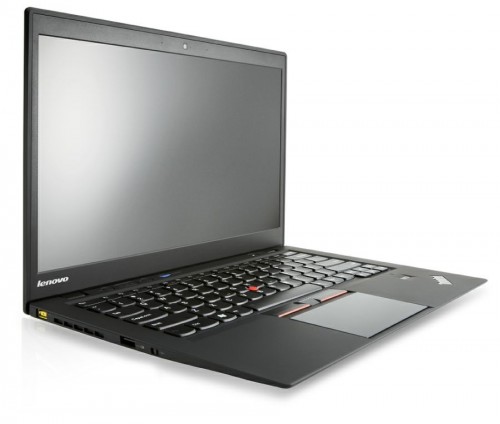 Lenovo’s ThinkPad X1 Carbon is one of the few ultrabooks that looks like it’s really meant to get down to business. With its trademark matte black casing, TrackPoint controller, geek-favorite keyboard, and a stunning 1600×900, 14-inch display, it really stood out from the crowd when Lenovo unveiled it back in May.

A few important details were left out of the announcement, not the least of which was pricing. Thanks to an ad spotted in Hong Kong, we’ve at least got some idea what the X1 Carbon will sell for. Roughly $1650 (HK$ 12,880)  will get you a model with an Intel Core i5 clocked at 1.7GHz, 4GB of DDR3 RAM, and a 128GB SSD. That’s about $400 more than a comparably-equiped Macbook Air sells for in Hong Kong, however, so it seems a bit steep — though that price may only be intended to make the “savings” offered in the ad seem all the more impressive.

As Brad mentioned last time, one of Intel’s requirements for ultrabooks is that the starting price can’t exceed $1,000. With Hong Kong’s students currently getting a back-to-school discount that drops the X1 Carbon to around  $1180 (right on par with the Macbook Air in Hong Kong), so it should be safe to assume that it will come in just under the wire when it arrives in North America.