The Lenovo ThinkPad Twist is the company’s first Windows 8 convertible tablet. It will launch when Windows 8 hits the streets on October 26th, and you’ll be able to pick up a Twist for $849 and up. 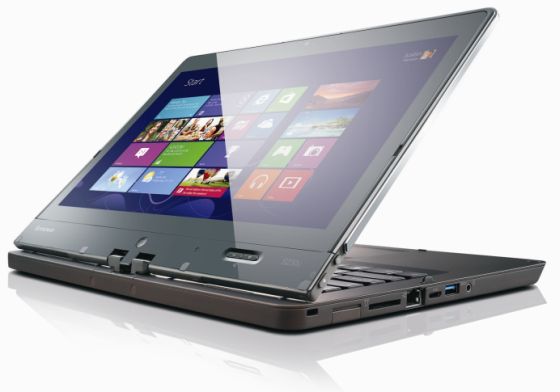 Lenovo is no stranger to the convertible tablet space. While Windows 8 is designed with touchscreens in mind, Lenovo has been offering solid business-class laptops which can transform into tablets with a twist of the screen since the days of Windows XP.

There are a few things that make the Twist different from earlier ThinkPad convertibles, though. Not only does it run Windows 8 with a new finger-friendly user interface, but it doesn’t appear to come with a digital pen for pressure-sensitive input at all. At least I can’t find any mention of a pen in Lenovo’s documentation.

Lenovo offers a choice of Ivy Bridge processors with up to an Intel Core i7 CPU, as well as up to 8GB of DDR3 RAM, and a choice of a hard drive or 128GB solid state disk.

The tablet measures 0.8 inches thick and weighs about 3.5 pounds. Lenovo says the battery should be good for up to 7 hours of run time.