After showing off the tablet for the past few months, Lenovo is now taking orders for the ThinkPad Tablet 2 for $649 and up, although estimated ship dates suggest that if you order today, you won’t actually get a tablet until January. 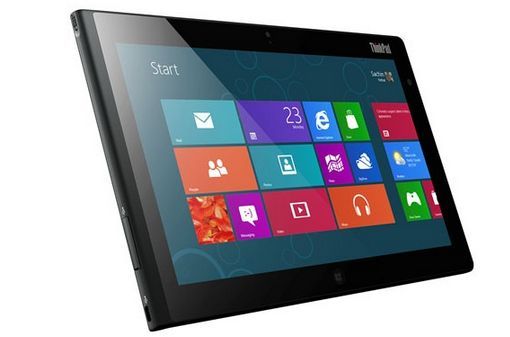 For $649 you get just the touchscreen tablet. If you pay $679 you get a model with an active digitizer and a digital pen which you can tuck away in a compartment when you’re not using it.

Lenovo also offers a $729 model with a digitizer, pen, and Windows 8 Pro. You can also add a Bluetooth keyboard to your cart for another $120.

Since these tablets run Windows 8 rather than Windows RT, you can use them to run desktop-style apps designed for Windows 7 and earlier. But they also feature the new Windows 8 touchscreen-friendly user interface with support for full-screen apps from the Windows Store.

It just might not run some of those apps as quickly as a more powerful computer.

With a starting price of $649, the ThinkPad Tablet 2 isn’t exactly cheap by laptop standards… or by tablet standards. But it’s about par for the course for Windows 8, Clover Trail tablets.