Lenovo’s next ThinkPad ultrabook is a laptop with a 14 inch, 1600 x 900 pixel matte display, a carbon fiber and magnesium case, and the company’s signature ThinkPad look… although that look is a little different than it used to be.

The Lenovo ThinkPad X431s will ship in April for $949 and up, with the base model featuring a Core i5 Ivy Bridge processor, 4GB of RAM, and a 320GB hard drive. 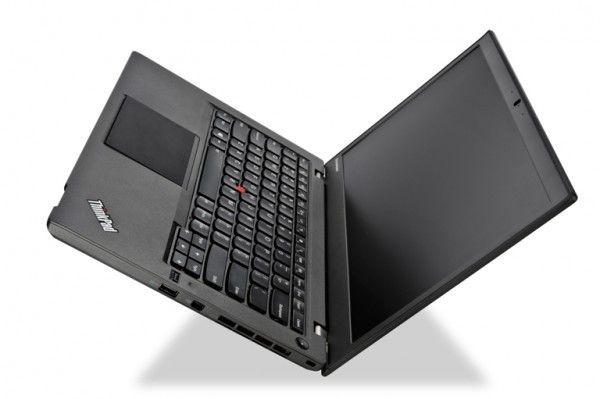 Lenovo will also offer options such as a Core i7 chip and up to 12GB of RAM. The laptop has 2 USB 3.0 ports full-sized Ethernet and SD card slots, and a built-in 47Whr battery.

What separates this 3.6 pound notebook from some of its predecessors is the chiclet-style keyboard, a new touchpad which has integrated touch areas instead of distinct buttons, and a new color: instead of plain black, the ThinkPad X431s is a slightly lighter shade of “graphite black.”

It still has a pointing stick in the center of the keyboard, and a screen which tilts back 180 degrees — although it’s not a touchscreen and the ThinkPad T431s doesn’t have any sort of tablet mode.

The company plans to use the new keyboard, touchpad, and other visual elements found in the T431s in other upcoming ThinkPad products eventually.