Lenovo’s ThinkPad Stack is a series of modular computer accessories that can be stacked on top of one another and connected to a PC with a single cable.

The ThinkPad Stack system was unveiled at CES in January, and Lenovo said you’d be able to buy the some of the first components in April. The company missed that deadline, but at least one ThinkPad Stack module passed through the FCC this week, suggesting the system could be ready to go on sale soon. 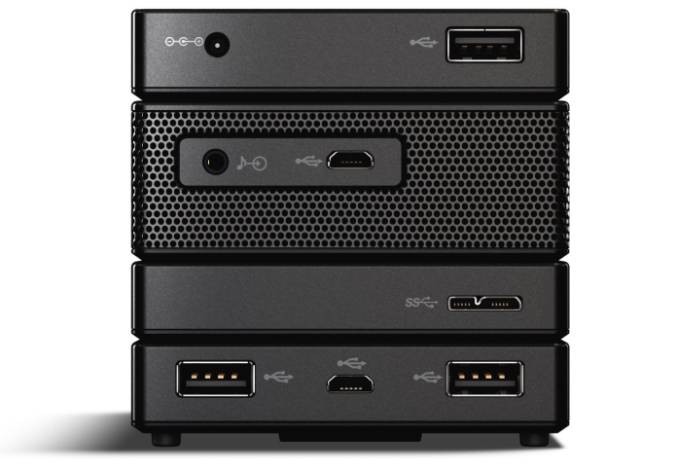 At launch, Lenovo plans to offer four modules: a 10,000 mAh battery, a portable 1TB hard drive, a wireless access point, and a Bluetooth 4.0 speaker. The speaker just showed up at the FCC website.

All four accessories combine to create a single stack that measures weighs about 1.9 pounds. Not only can you connect each device to your PC through a single cable, but some devices can be used together.

For example the Bluetooth speaker has a 1,500 mAh battery and offers up to 8 hours of battery life when used on its own. Connect the 10,000 mAh battery pack and you should get up to 48 hours of use.