Thin and light computers have been around since before Intel tried calling them ultrabooks. But typically you’ve had to trade off power for compact designs. That’s starting to change, with PC makers launching a growing number of compact laptops with enough horsepower to handle gaming, video editing, or other mobile workstation tasks.

All that power comes in a surprisingly compact package: the Lenovo ThinkPad P1 measures 14.2″ x 9.7″ x 0.7″ and weighs just 3.8 pounds, making it one of the thinnest and lightest laptops in the mobile workstation category to date.

The Lenovo ThinkPad P1 should be available soon for $1949 and up. 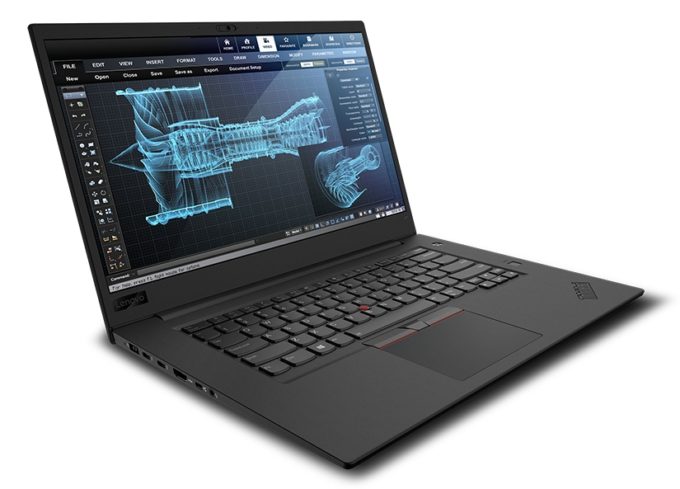 The notebook also supports up to 64GB Of DDR4 memory, up to 4TB of PCIe NVMe solid state storage and comes with two display options: a 1080p screen or a 4K touchscreen.

Unfortunately, unlike the ThinkPad P52 that this model replaces, the ThinkPad P1 does not have a hot swappable battery, and you cannot charge this laptop with a USB Type-C adapter.

But the notebook has a semi-rugged carbon fiber chassis, a fingerprint reader, and an optional smart card reader.

Lenovo is also introducing a new 17.3 inch mobile workstation called the ThinkPad P72. That model is an inch thick and weighs 7.5 pounds, which makes it a lot less portable. But it also supports up to 128GB of RAM, up to 6TB of storage, and up to NVIDIA Quadro P5200 graphics. The ThinkPad P72 should be available soon for $1799 and up.

One reply on “Lenovo ThinkPad P1 is a 3.8 pound mobile workstation”