The Lenovo ThinkPad Helix is a Windows 8 tablet with an 11.6 inch full HD display, an Intel Ivy Bridge processor, and a detachable keyboard which lets you use the tablet like a laptop.

It also has the price of a premium laptop: It’s expected to sell for $1499 and up when it goes on sale.

Originally Lenovo had said that would happen in February. But now it looks like the release date has been pushed back until March or April. 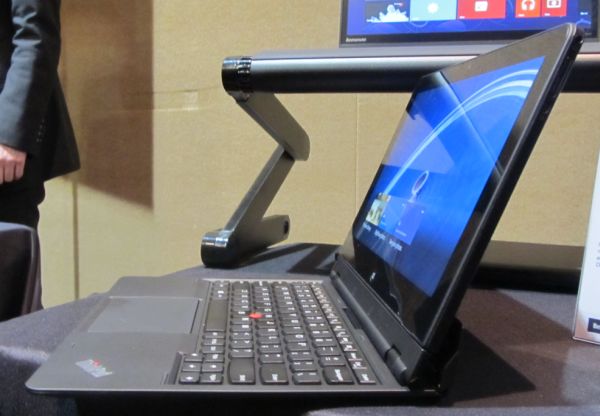 In a comment on the company’s Facebook page, Lenovo said we shouldn’t expect the Helix this month.

Lenovo already offers a $649 tablet/notebook hybrid called the IdeaTab Lynx. But the Helix has a faster processor, higher resolution display, and other premium features including support for up to 8GB of RAM, up to 256GB of solid state drive space, and optional support for NFC and 4G LTE.

Unfortunately the Helix is also a bit more power-hungry than the Intel Atom-powered Lynx, and Lenovo only estimates you’ll be able to get up to 5 hours of battery life from the tablet. The good news is that when you use the tablet and docking station together, that figure should go up to 10 hours.