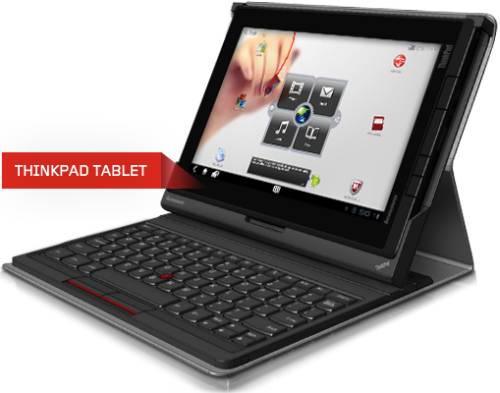 Lenovo is clarifying its launch plans for the ThinkPad Tablet, which is the company’s first Android tablet aimed at business users. When Lenovo unveiled the tablet earlier this month officials promised it would be available in the US in August. Now the Lenovo website has a more precise date: August 23rd. The tablet will ship internationally during the third quarter of the year.

The Lenovo ThinkPad Tablet has a 10.1 inch, 1280 x 800 pixel display and dual core NVIDIA Tegra processor. It will be available with up to 64GB of flash storage and the tablet runs Google Android 3.1.

If those specs sound pretty much par for the course, that’s because they are. I could have just described virtually any Android tablet released this summer. But Lenovo will also offer a few premium features, such as an optional digital pen for taking handwritten notes or for drawing and an optional Folio keyboard case which features Lenovo’s TrackPoint system with a pointing stick in the center of the keyboard instead of a traditional touchpad for controlling an on-screen mouse cursor.