Thanks to an image found on the Lenovo website, we have a pretty good idea of what the new laptop will look like. And thanks to another recent leak, we have reason to suspect that it’s part of the current ThinkPad T470 family.

Now redditor happinessmachine has spotted a Lenovo support page with device drivers and information. Among other things, the page seems to confirm that at least some models will come with NVIDIA GeForce 940MX graphics. 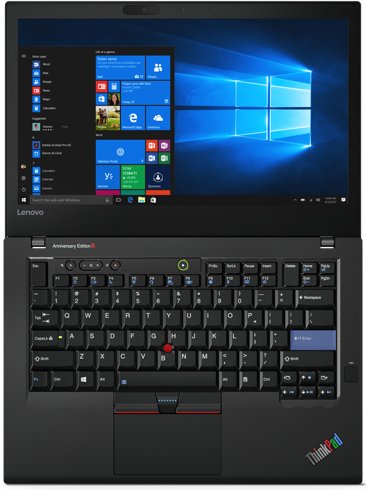 The GPU choice is a bit odd, since NVIDIA’s latest entry-level laptop graphics options include the GeForce GTX 1050 and MX150 options, which are based on newer 10-series architecture. But Lenovo may have opted for GeForce 940MX for a variety of reasons including price, power consumption or timing — this laptop has been in the works for a few years.

We can also expect a fingerprint reader, Windows 10 64-bit software, and it does certainly look like the laptop is part of the T470 lineup, although it has the special model number of T25 (Type 20K7).

If the leaked image is any indication, one retro feature the laptop won’t have? A 4:3 display. But if you want a truly retro ThinkPad, there are other options. They just require buying a heavily modified (by a third party) device, or  ripping apart an old laptop and replacing its guts with new insides.