Lenovo’s updating its business tablet lineup with a 10 inch ThinkPad featuring a full HD display, the fastest Intel Atom processor available, up to 4GB of RAM, up to 128GB of storage, and a digitizer pen.

Honestly, about the only things that we didn’t already know about the Lenovo ThinkPad 10 were the price and release date. Now Lenovo’s filling in the details: The tablet will ship in June with prices starting at $599. 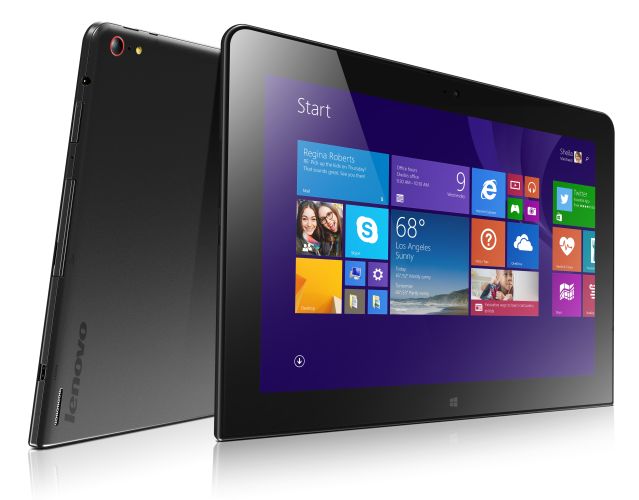 While that makes the ThinkPad 10 more expensive than many other small Windows tablets with Intel Atom Bay Trail chips, Lenovo’s tablet offers some of the best hardware you’ll find on any tablet in this class.

Lenovo’s tablet supports multitouch input, but it also has an active digitizer and comes with a digital pen for writing, drawing, or more precise interaction with Windows software.

Optional accessories will include a ThinkPad Tablet Dock or USB 3.0 docking station for hoooking up an external display and other accessories including a keyboard and mouse.

There’s also a ThinkPad 10 Ultrabook keyboard which lets you use the tablet like a notebook, and a Quickshot Cover which lets you fire up the camera simply by folding down a flap that covers the rear camera so you can snap a picture quickly.

As a ThinkPad, this tablet will be available to the public, but it’s designed with business customers in mind and it’ll be available with options including TPM security and fingerprint scanners.