The Lenovo ThinkCentre M60Q Chromebox is a compact desktop computer with an Intel Alder Lake processor, support for up to 32GB of RAM, and support for eMMC or SSD storage.

When Lenovo first introduced the M60Q in September, the announcement was rather light on details. Now detailed spec sheets are available, giving us a better idea of what to expect from the little Chrome OS desktop computer when it ships. 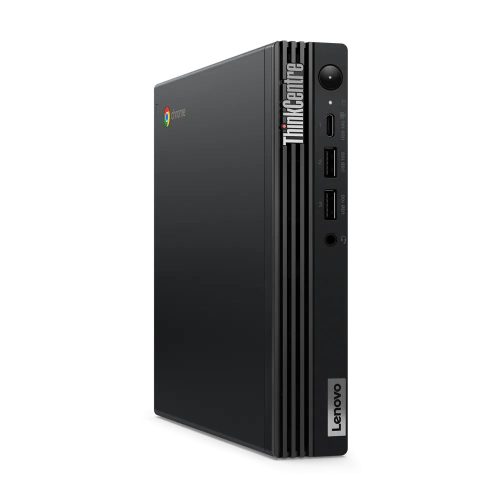 As spotted by About Chromebooks, Lenovo has now posted more details about the M60Q to its website. Among other things, the specs all but confirm that the entry-level model Lenovo says will sell for 299 Euros (about $320) will feature an Intel Celeron 7305 processor, 4GB of DDR4-3200 RAM, and 64GB of eMMC 5.1 storage.

But the memory and storage are user upgradeable, and folks who want to pay more will be able to opt for Core i3-1215U or Core i5-1235U processor options.

Here’s an overview of key specs for Lenovo’s new Chromebox:

The M60Q also has a Flex IO area that can be configured to provide a second DisplayPort or HDMI port. Lenovo says that means you can plug in up to four 4K displays if you use the USB Type-C port, two built-in display outputs, and a Flex IO port.

Other features include a Google H1 security chip and either a 65W or 90W power supply.