Lenovo’s newest ThinkBook 14 laptop is a compact notebook with support for up to a 2880 x 1800 pixel 90 Hz display, up to a 45-watt Intel Alder Lake processor, and up to NVIDIA GeForce RTX 2050 graphics, making it one of the first laptops announced to feature that particular mobile GPU.

The Lenovo ThinkBook 4 Gen 4+ should be available in April for $839 and up. 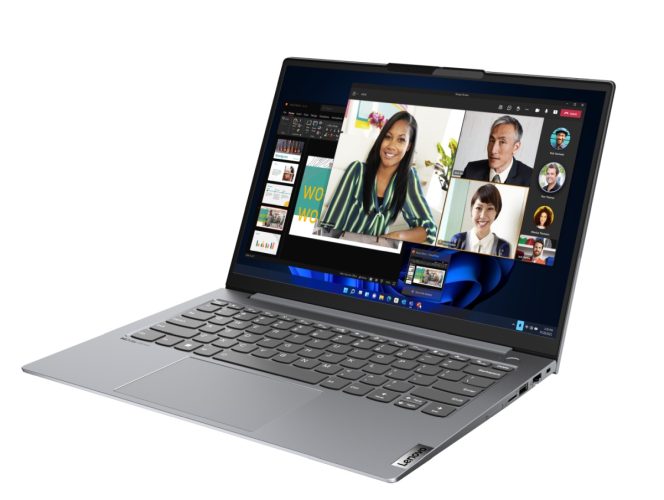 Of course, that starting price will likely get you more modest specs. The laptop is also available with 1920 x 1200 pixel and 2240 x 1400 pixel 60 Hz display options, for example, and while it supports up to 32GB of LPDDR5 RAM and up to 2TB of PCIe Gen 4 storage, I doubt you’ll get that on an entry-level model.

Discrete graphics is also described as an “up to” feature, suggesting that lower-priced models may have less powerful graphics or no discrete GPU at all. The NVIDIA RTX 2050, which was announced just last month, is basically a step up from NVIDIA’s entry-level MX550 and MX570 discrete graphics, but not quite as powerful as the RTX 3050 graphics, which means it should give you a bit of a boost over Intel’s integrated graphics, but the ThinkBook 14 is very much not a gaming laptop.

And that’s hardly surprising for a notebook that measures 0.63 inches thick and which has a starting weight of just 3.15 pounds. In fact, I’m a bit surprised that we’ve reached a point where PC makers are able to fit 45-watt processors and discrete graphics into laptops this thin and light. 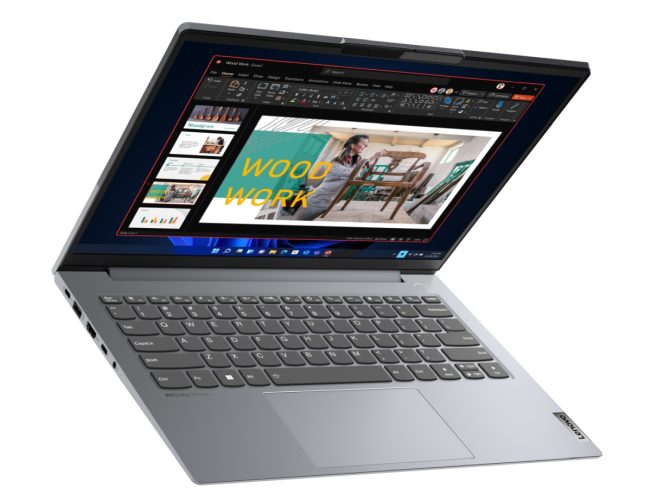 The ThinkBook Plus 14 will be available with 46.5Wh or 62 Wh battery options, 65-watt or 100W USB-C power adapters, and up to a FHD camera with an IR camera for face recognition and a privacy shutter. And there’s a Time of Flight Sensor that can detect your presence to automatically lock or unlock the device and a fingerprint sensor integrated with the power button.

The laptop will also be available with up to WiFi 6E and Bluetooth 5 support.

The Lenovo ThinkBook Plus 14 Gen 4+ has an “arctic grey” chassis made of anodized aluminum.

Lenovo is also introducing a new ThinkBook Plus 16 Gen 4+ with similar specs, but support for up to a 16 inch, 2560 x 120 Hz display and 57 Wh or 71 Wh battery options. It also has a numeric keypad to the right of the keyboard.

The 4 pound ThinkBook Plus 16 Gen 4+ will also ship in April with prices starting at $859.