As expected, Lenovo is expanding the line of Yoga 2 tablets it unveiled earlier in October with a new model featuring a 13 inch display and Windows 8.1 software. 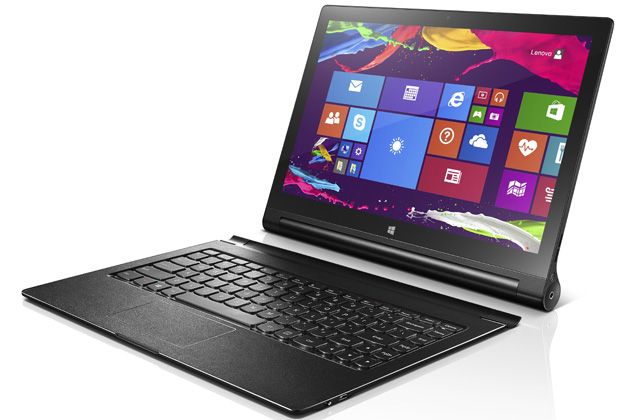 Like other Yoga 2 models, the new tablet features an Intel Atom Z3745 Bay Trail processor, a big battery (for up to 15 hours of run time), and a built-in kickstand that lets you prop up the tablet when you’re not holding it.

In a lot of ways, the 13 inch Windows tablet is similar to the Yoga Tablet 2 Pro. But that model sells for $500, runs Android, and has a built-in projector — but the Android model has only half the RAM and half the storage of the Windows model.

We’re living in odd times though, when Lenovo calls its $500 Android tablet the Yoga 2 Pro, while its Windows model is just called the 13 inch Yoga 2. Or you could just buy the Lenovo Yoga Pro 3, which is a Windows 2-in-1 ultrabook/tablet convertible with a built-in keyboard and an Intel Core M processor.