Lenovo is launching two new premium Android tablets next month, although only one will be available in North America.

The new Lenovo Tab P12 Pro is a 12.6 inch tablet with an OLED display and a Qualcomm Snapdragon 870 processor with a starting price of $610, while the Lenovo Tab P11 5G is an 11 inch model with a Snapdragon 750G processor and 5G support. The smaller tablet won’t be sold in North America, but it’ll be available in Europe for 499€.

The Lenovo Tab P12 Pro brings the sort of specs we’re used to seeing in a flagship phone into a larger device that not only has a big display, but also makes use of the extra space for things like quad speakers, a 10,200 mAh battery, and a pogo pin connector for an optional detachable keyboard. 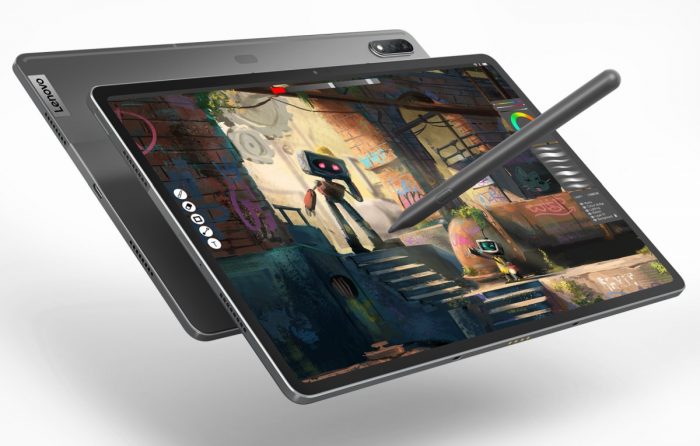 The tablet supports up to 45-watt fast charging, but Lenovo only includes a 30W charger in the box.

The Lenovo Tab P12 Pro features LPDDR5 memory and UFS 23.1 storage, and Lenovo will offer 6GB/128GB and 8GB/256GB configurations. Wireless features include support for WiFi 6 and Bluetooth 5 as well as Miracast and GPS. And the tablet supports an optional Lenovo Precision Pen 3 for pressure-sensitive input.

Lenovo notes that the pen can be magnetically snapped onto the back of the tablet when you’re not using it, and it will automatically charge when in that position, thanks to wireless charging support.

Lenovo will also offer models with 5G wireless networking for 899€ and up in some markets, but not in North America.

The company is also introducing new software designed to allow its Android tablets and Windows PCs to work better together. Project Unity will debut with the Lenovo Tab P12 Pro, allowing you to wirelessly pair the tablet with a PC running the Project Unity app. 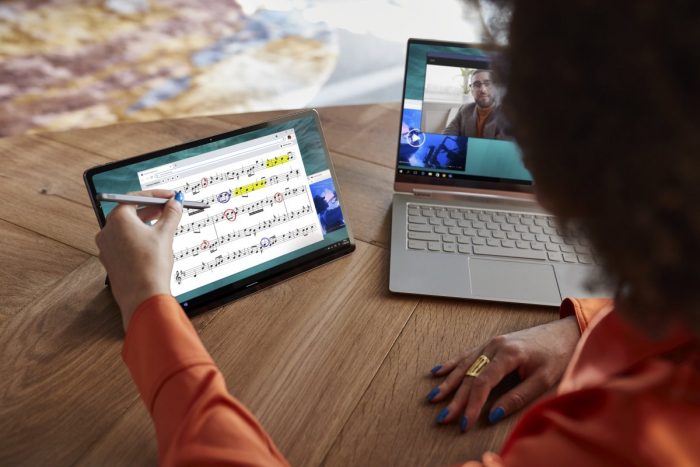 That allows you to extend your desktop display onto the tablet or mirror your display… but it doesn’t just turn the tablet into a dumb display. You can continue running Android apps at the same time as Project Unity is in use.

That means you could, for example, extend your Windows desktop to your Android tablet, but still watch a video on the tablet by using an Android video app in picture-in-picture mode. Or you could use an Android app to take notes, draw pictures, or perform other actions while still getting extra screen real estate for your PC.

Project Unity will eventually support all Lenovo tablets running Android 11, although the company says it may backport the software to work on some models running earlier versions of Android as well (which is better than nothing, I guess, since Lenovo doesn’t have the best track record of releasing Android OS updates for its tablets).

This 11 inch tablet has a 2000 x 1200 pixel IPS LCD display with a 60 Hz refresh rate and up to 400 nits of brightness, LPDDR4 memory and a 7700 mAh battery and 20W fast charging. It has a single 13MP rear camera and 8MP front-facing camera, and generally comes across as a smaller, cheaper, less powerful tablet than the P12 Pro. 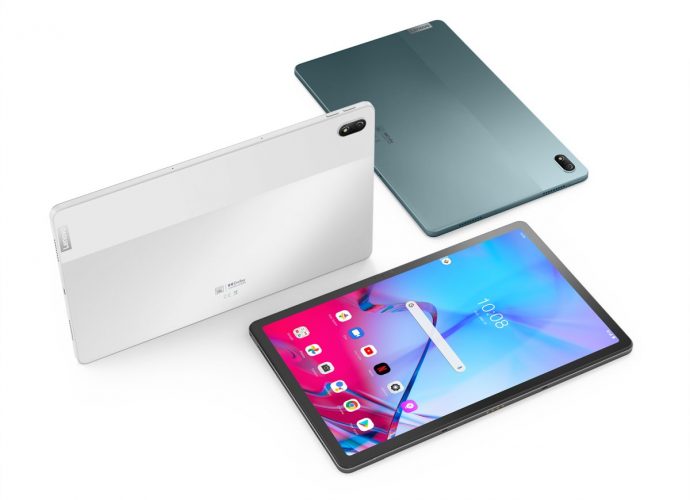 But it does still have some similar features including quad speakers, support for an optional detachable keyboard and pressure-sensitive pen (the Lenovo Precision Pen 2 in this case). And the P11 5G comes in 6GB/128GB or 8GB/256GB memory and storage configurations.

One thing this tablet does have though is right in the name: it supports 5G networks (although only sub-6GHz 5G network bands).