This summer Lenovo introduced a handful of Android tablets with budget prices — and now the first is available and it’s even cheaper than expected.

The Lenovo Tab M7 is now available for $60… which is almost $30 less than the price Lenovo had announced in August. 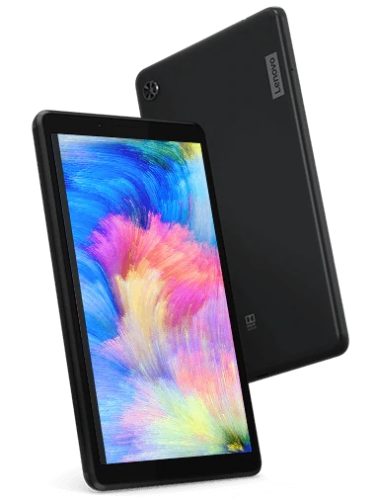 As you’d probably expect from a tablet this cheap, the Lenovo Tab M7 isn’t exactly a speed demon. It features a MediaTek MT8321 processors, which is a 32-bit, 1.3 GHz, quad-core ARM Cortex-A7 processor.

But here’s why Lenovo’s tablet might be worth considering in spite of its shortcomings: it ships with Android 9 Pie Go Edition, while Amazon’s entry-level tablet comes with Fire OS 6.3, which is based on Android 7.1.2 Nougat — and which has a custom user interface and app store rather than stock Google apps and services.

Amazon’s tablet also becomes the more expensive option if you opt for a model “without special offers.” In order to remove the ads from the lock screen, you’ll have to pay at least $65.

So Lenovo wins some points on the software front.

Other features include a micro USB port, a headset jack, and a microSD card reader. Lenovo’s budget tablet measures 6.9″ x 4.1″ x 0.3″ and weighs about 8.4 ounces. It has a mono front-facing speaker.

Or you could hold out for the upcoming Lenovo Tab M8 HD which is expected to sell for $140 when it arrives soon. That model has twice the memory and storage, a 1280 x 800 pixel display, 802.11ac WiFi, Bluetooth 5.0, and a speedier 2 GHz MediaTek Helio A22 quad-core ARM Cortex-A53 processor.