Lenovo has put out a number of interesting Android tablets over the past few years, including budget models with competitive prices and premium devices including models with unusual features like HDMI input (allowing the tablet to work like an portable monitor for use with other devices).

But the company hasn’t had the best of track records when it comes to offering long-term support for those devices. Now the company is promising to take Android updates seriously: the new Lenovo Tab M10 Plus (3rd-gen) tablet will run Android 12 when it begins shipping in the coming months, but Lenovo is promising to deliver an Android 13 update next year and provide at least three years of security updates. 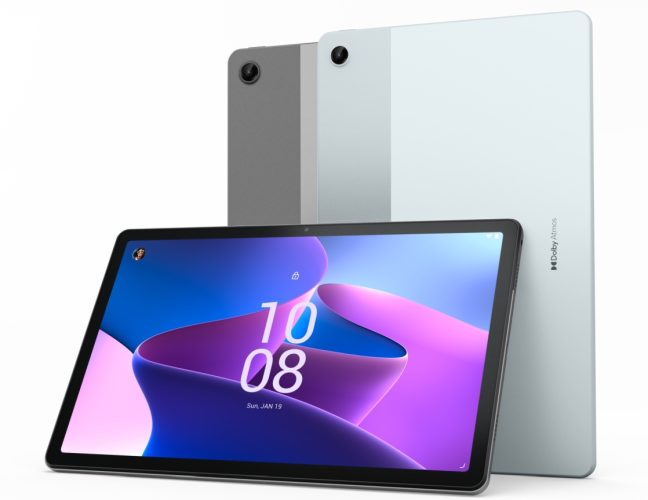 While that’s not exactly best-in-class at a time when other Android device makers are promising 4-5 years of support and Apple regularly releases updates for its older devices for longer than that. But it’s a start… especially since the Lenovo Tab M10 Plus (3rd gen) tablet is a relatively low-cost device.

It will sell for €249 (including VAT) when it goes on sale in Europe in April, and prices will start at $190 when it hits the United States in June.

Lenovo’s new tablet passed through the FCC a few weeks ago, so we already had a rough idea of what to expect. But full details are now available.

The tablet sports a 10.61 inch, 2000 x 1200 pixel, 400-nit display with an 85% screen-to-body ratio and support for touch or pen input (the optional Lenovo Precision Pen, with support for 4096s levels of pressure sensitivity and tilt detection, is sold separately). 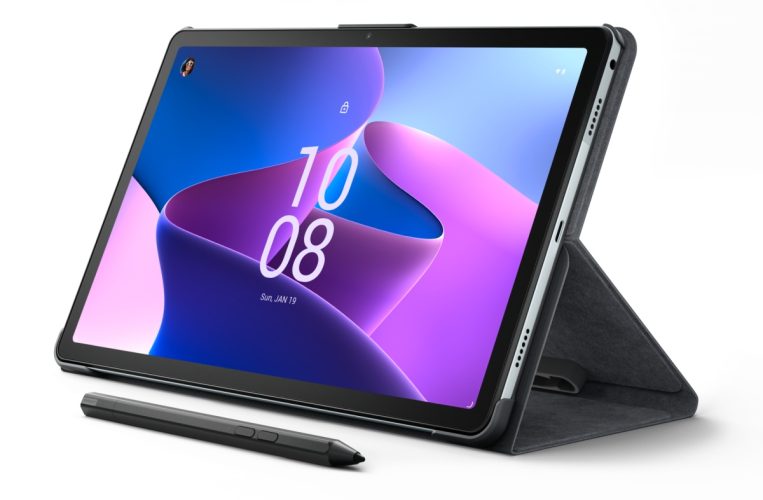 It has quad speakers with support for Dolby Atmos sound, and the tablet is powered by either a MediaTek Helio G80 octa-core processor (for a WiFi-only variant) or  Qualcomm Snapdragon 680 chip (WiFi + 4G LTE).

In select markets, Lenovo says the tablet will be available with up to 6GB of RAM and 128GB of storage, but in the US it will come in 3GB/64GB or 4GB/128GB variants only.

The tablet measures 0.3 inches thick and weighs 465 grams (1 pound) and comes in a choice of “Storm Grey” or “Frost Blue” color options.