The Lenovo Tab M10 Plus (3rd-gen) is an Android tablet with a 10.6 inch, 2000 x 1200 pixel LCD display and a MediaTek Helio G80 processor. While Lenovo hasn’t officially introduced the new tablet yet, a number of key specs were revealed in a recent FCC listing.

It looks like the tablet will be a mid-range device that’s available in at least two configurations: 3GB RAM and 32GB of storage or 4GB/64GB. Update: The Lenovo Tab M10 Plus (Gen 3) is now available with list prices starting at $190, although it’s often on sale for less. 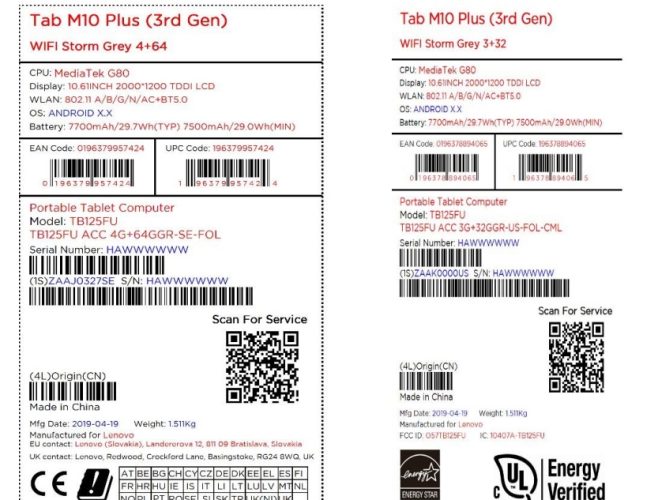 As the name suggests, the Lenovo Tab M10 Plus (3rd-gen) will be the third in a series of mid-range tablets, with the new model replacing a 2nd-gen model that features a 10.3 inch, 1920 x 1200 pixel display and a MediaTek Helio P22T processor.

The new version, which has the model number TB125FU has a slightly larger display, but the key upgrade is the new processor:

The GPU has also been upgraded from PowerVR GE8320 to ARM Mali-52 MC2. 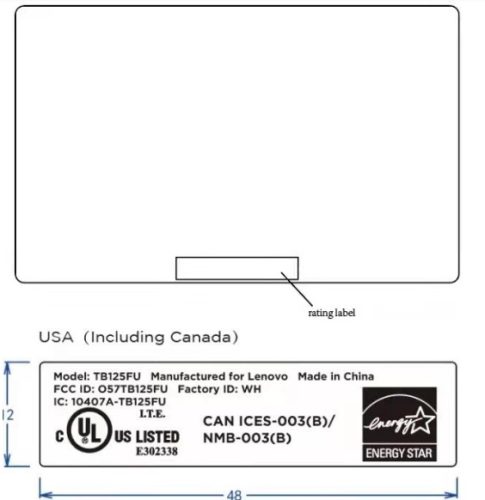 There’s no word on exactly when the tablet will be available, how much it will cost, or which version of Android it will ship with.

Lenovo may also have a new lower-cost tablet called the Lenovo Tab M10 (3rd-gen) on the way. Details for that model showed up on the Google Play Console last month, suggesting that the tablet would have up to 4GB of RAM and a Socionext SC1408AJ1 quad-core processor.