The smaller tablet features an 8 inch, 720p display, Android 5.0 software, up to 32GB of storage, a microSD card slot, and a 5MP rear camera.

The tablet has a MediaTek 64-bit quad-core processor and WiFi. There’s also a dual SIM model that will sell for $179 and up and which will support voice and 4G LTE data.

Lenovo will offer models in black, white, pink, or blue. 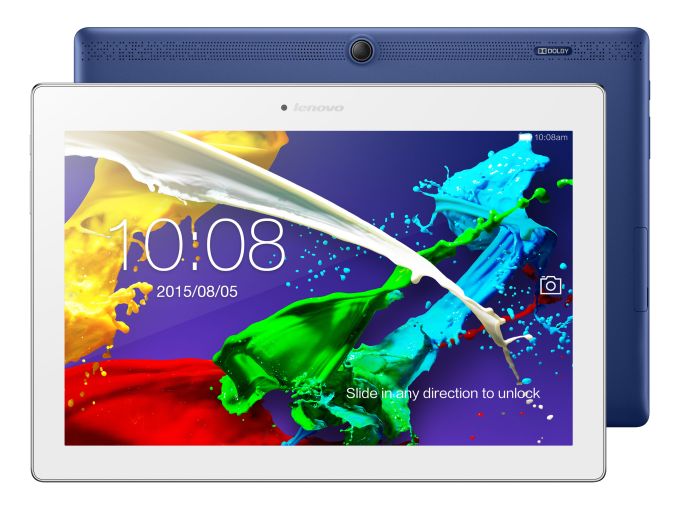 This model has Dolby Atmos audio, dual-band WiFi, and a choice of white or blue colors.

The WiFi-only model sells for $199 and up, while an LTE model will also be available for $279.