The Lenovo Smart Clock line of devices are some of the smallest, most affordable smart displays powered by Google Assistant. Now the company has introduced a new Lenovo Smart Clock 2 that has a 4 inch touchscreen display, 3W front-firing speakers, and a wireless charging dock that lets you power the display and recharge your phone, smartwatch, or other gadgets with a single USB cable.

That could come in handy if you’re planning to put the Smart Clock on your nightstand. But if you’d rather save space you can also plug a power cable right into the clock itself. The Smart Clock 2 was announced in June, and it’s now available for $90 from stores including Best Buy and Home Depot. 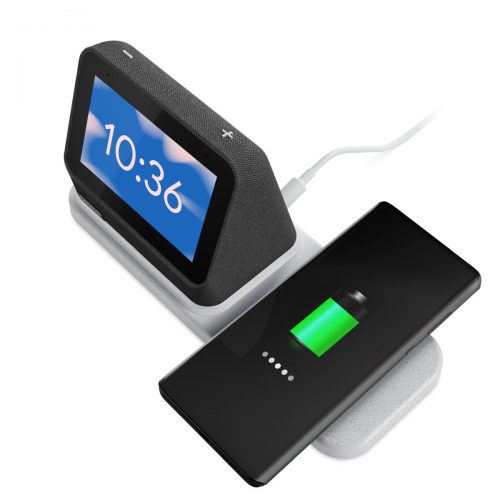 For the most part, the new Smart Clock 2’s specs are similar to those for the first-gen model. Both feature MediaTek MT8167S processors,1GB of RAM, 8GB of storage, 4 inch IPS LCD displays, and dual-band WiFi. Both also have soft touch fabric covering their bodies.

But Lenovo says the Smart Clock 2’s new shape allows for better sound thanks to forward-facing speakers. And there’s no longer a USB-A port on the back that you can use to supply power to your phone or other gadgets. 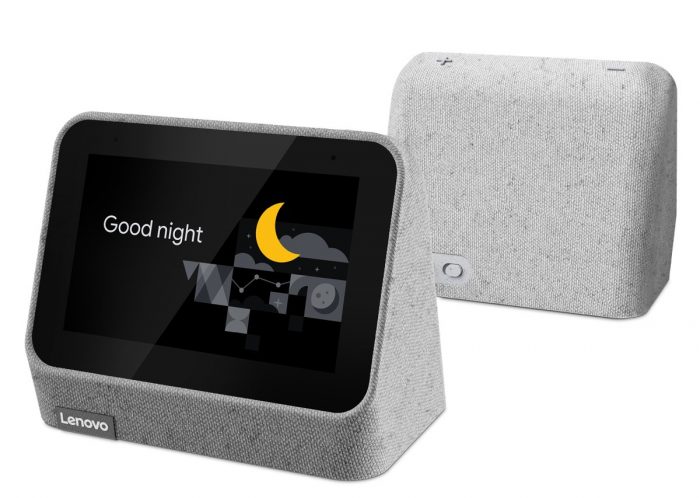 It also has a USB-A port, so you can plug gadgets into the charging base for wired charging.

The Smart Clock 2 comes in a choice of blue, grey, or black color options.