Lenovo was the first major company to launch a laptop/tablet hybrid with a foldable OLED display. But flexible OLED display technology doesn’t stop at folding – now Lenovo is showing off laptop and smartphone prototypes with rollable displays that allow you to extend your screen space with a press of a button.

For now the company is calling them proof of concept devices. But given the company’s history of launching unusual devices to see if there’s a market for them, it’s possible that Lenovo could bring one or more of these rollables to market one day. 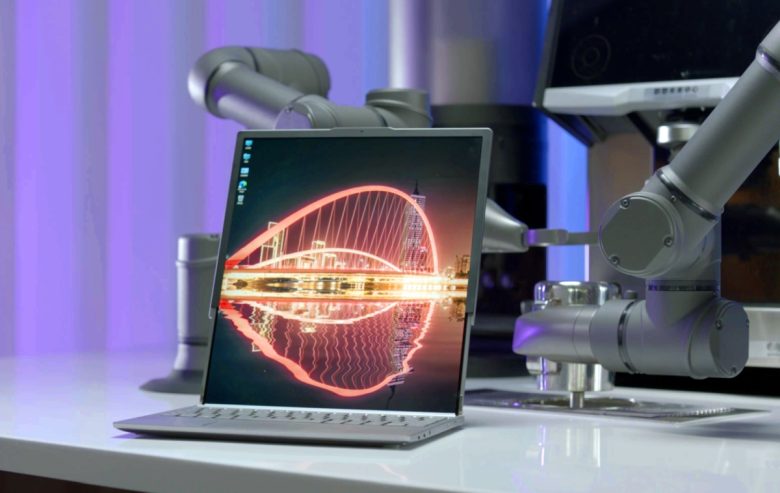 The company hasn’t provided many details about its rollable prototypes, but in a brief video Lenovo Intelligent Devices Group president Luca Rossi shows a phone with a shorter-than-average display that’s a little over 4 inches tall. But it can be extended to become a taller screen that measures 6.5 inches diagonally.

The additional height allows you to view more content on the screen at once, or if you flip the phone to landscape orientation, it makes plenty of room for watching videos in cinematic aspect ratios).

Lenovo’s rollable laptop prototype, meanwhile, appears to be a more traditional laptop than the company’s foldables – it has a physical keyboard rather than a virtual touchscreen keyboard. But the display, which appears to have a nearly square aspect ratio in its rolled position, can unroll and extend upward giving you more vertical space for multitasking or other functions.

Personally I’d probably rather have a laptop screen that can extend horizontally to allow for viewing multiple apps in side-by-side windows rather than windows stacked on top of one another. But I can see why it might be harder to pull that off in something resembling a traditional laptop form factor.

Of course, it’s unclear whether rollable displays are an answer in search of a question or an actually useful technology that could change the way we use laptops and smartphones. But answering that question takes more than just hardware – you’ll also need software that can adjust to the changing screen sizes, allowing apps and other content to automatically resize or change position. So it’s likely that Lenovo and other companies working on rollable devices will be working with Google, Microsoft, and other companies to ensure that the operating systems that power these devices can fully take advantage of the new form factors.